In yet another prove that lighted drones are here to replace traditional fireworks as the light show of choice, Intel, together with NFL, Pepsi and Lady Gaga, pulled off the first-ever drone integration during a televised event during the Super Bowl event on Sunday, February 5, 2017. The result is as expected: spectacular, made even fantastic by the Lady’s unequivocal stage presence and performance. Mind you, I do not in anyway worship Lady Gaga, but I am not going to lie, as a normal being, I sometimes can’t help but to jive to her tunes. 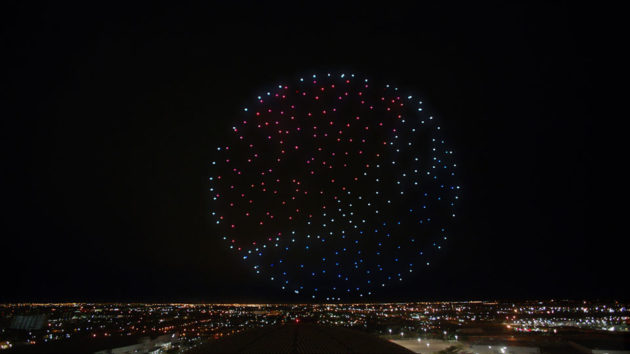 During the event’s halftime, which was sponsored by soft drink brand Pepsi, three hundred Intel Shooting Star drones lighted up the sky, pulling off a choreographed aerial performance as Lady Gaga kicked off the Pepsi Zero Sugar Super Bowl LI Halftime Show performance. The drones transitioned from twinkling stars formation to red and blue moving stars before coming together to form the American flag in the dramatic finales. Wrapping up the performance was, you guessed it, drones forming a Pepsi logo which then morphed into the Intel logo. 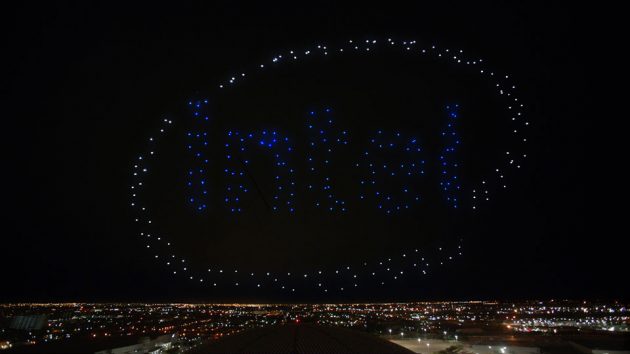 Putting aside the obvious advertisements, the result was, as said, spectacular and it sure makes one think (again), do we need fireworks anymore? I can’t almost imagine fireworks operators putting down the notion of drones replacing fireworks. But then, so did photography enthusiasts when the digital revolution came, ain’t it? So, I rest my case. Anywho, this was not the first for Intel, though. In fact, the tech giant had pulled off at least two other two such entertainment feats previously using 100 and 500 drones, respectively, and in the process, setting a new world record. 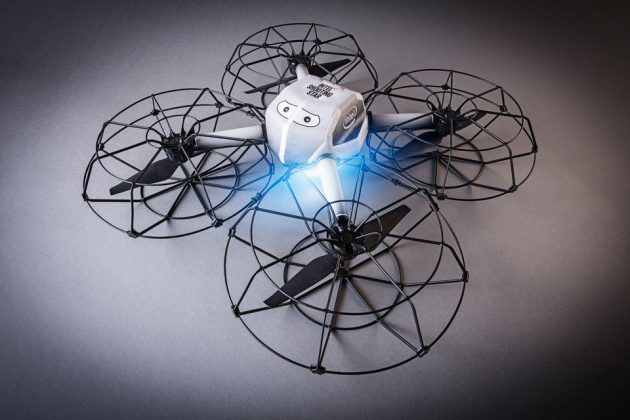 For the uninitiated, Intel Shooting Star drones are unmanned aerial vehicle developed specifically to create light show tailored for festivals and entertainment events, such as the Super Bowl halftime show. Each dedicated drone is armed with LED lights that are capable of emitting over 4 billion color combinations and with the help of sophisticated software, huge number of this drone can be used to create live animation in the sky.

Continue reading to catch the excerpts of the show in the embedded videos below. If you keen, you can watch Lady Gaga’s full Pepsi Zero Sugar Super Bowl LI Halftime Show HERE.

All images courtesy of Intel.