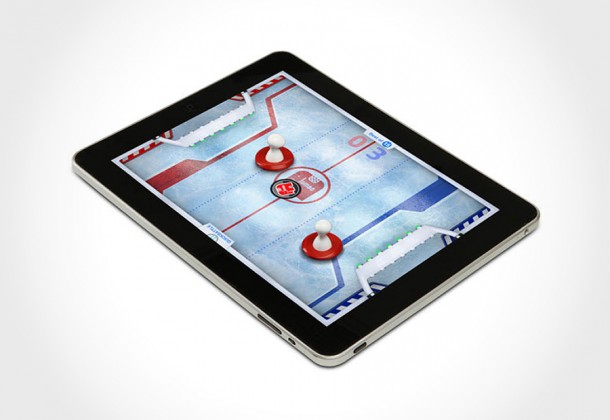 you may not know exactly when was Air Hockey invented but one thing you can be sure is, the digitized (and miniaturized) version is invented this year, in 2012. instead of owning a space-consuming, bed-sacrificing full size Air Hockey table, you can now pit your Air Hockey skills with your buddy over an iPad with the iPieces iPad Air Hockey. for $12.99 you will get a pair of custom capacitive strikers where you can use with iPiece Air Hockey app which is available for free from the Apple AppStore. it’s just like the real thing but a whole lot more portable. the only thing missing from it is the soft cushy air that lifts the ‘puck’ but wait, it is digital, so air is entirely not necessary. with such a small real estate to play on, i guess strength control is highly essential, less someone or both gets injured.