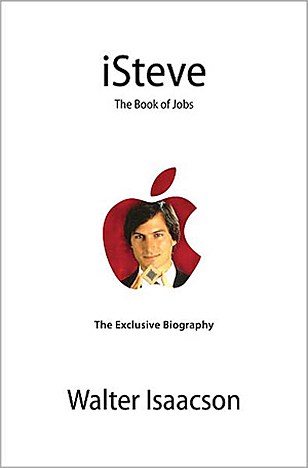 first there was ‘i’ to media player, personal computer, smartphone, tablet and then now, there is an ‘i’ to Steve, CEO of phenomenal Apple company. do not be mistaken, iSteve is not an action figure or gadget, but it is an official biography of Steve Jobs. yup. you heard it right. it is the biography above the slew of unofficial biography of the most talked about CEO of our time. written by writer/biographer Walter Isaacson, iSteve: The Book of Jobs recount Steve’s professional and personal life, with extensive interviews with the man himself and the folks around him. the fact that this is the official biography makes it stand out from the rest. the iSteve: The Book of Jobs is now available for pre-order on Amazon.com ($18). though its worthy to note that this title will only be released on March 6 next year. that’s quite a lengthy period for a pre-order, isn’t it?