the idea of wireless audio cans is cool, but seriously, you don’t expect yourself to don a pair of wireless headphones like the sleek Studio Wireless Headphones when you are out scaling the rocks or doing some routine cardio, do you? and that’s why there is the Jabra Rox Wireless Earbuds. we are not saying there are no other options, but the Rox here happens to come from the folks who know a thing or two about listening to music while in the midst of sporting activities and also it also happens to be chosen as a 2014 CES Innovations Design and Engineering Awards Honoree (in the headphones product category). what actually goes into those tiny buds are not made known, but what we do know is, this pair mean business in the “life on the go” department with features like stainless steel material and IP52 certified construction that keeps it shielded against dust and water. basically, this pair of beautiful in-ears has no qualms about sweat or water, so you can use them come rain or shine.

other features include Dolby stereo, a sculptured, low-profile design for maximum bass response to get you really pumped up, Bluetooth connectivity with NFC capability (for pairing, naturally), inline remote for music control (you know, volume and stuff), up to 5.5 hours of playback time per charge, and an ingenious power-saving feature, activated when the two earbuds are clip together (held together by exclusive built-in “power-saving magnets”). the Jabra Rox Wireless Earbuds will be dropping in to Apple online store early December, followed by Apple stores shortly after. price is yet to be announced. in the meantime, you can learn more about the Jabra Rox Wireless Earbuds HERE. available in two colors, black and white.

NOW READ  This Is Drown, A New Kind Of Gaming Earphones That Delivers Audio In A Tactile Way 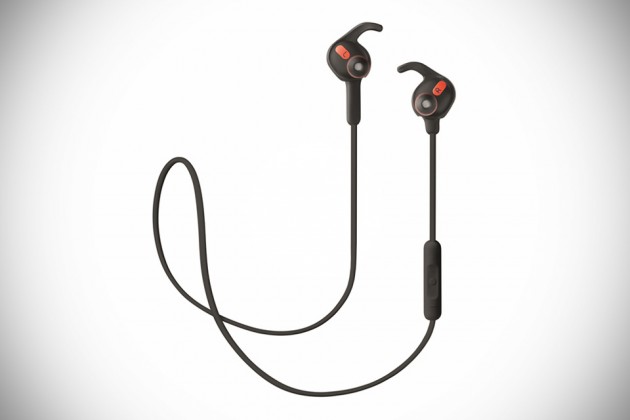