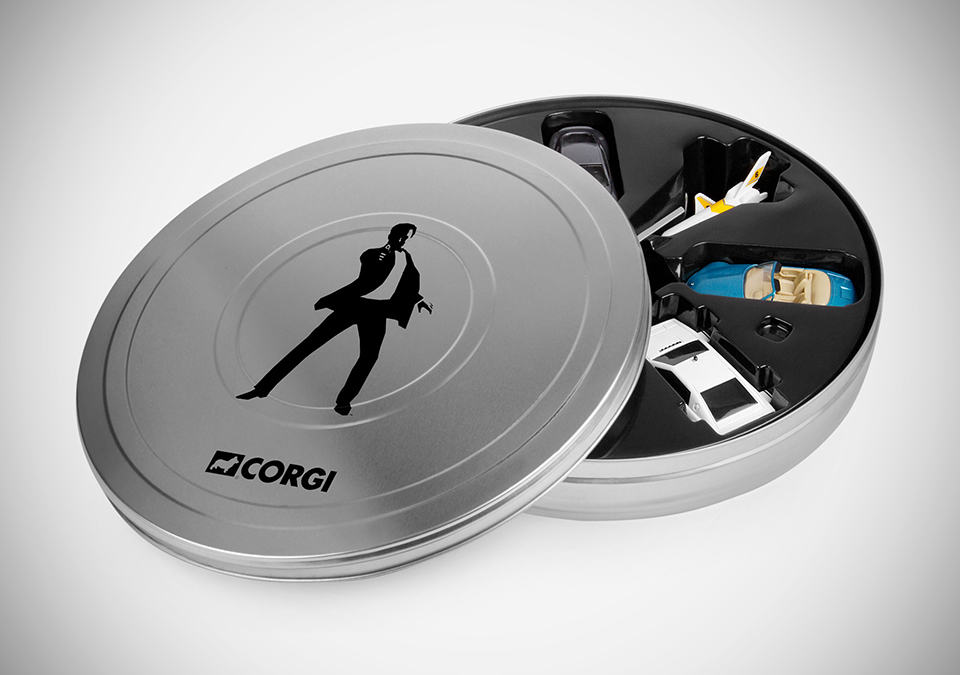 what’s the next most iconic thing in any Bond film (apart from the man himself)? the vehicles, of course and to which, any uber Bond fan’s collection can never be considered complete without a collection of some of the most iconic vehicles featured in the British spy flicks. brought to you by long time Brit die-cast toy maker CORGI, the James Bond 007 Miniature Vehicles Set is just the set any Bond fanatics need to fill that gap. the set contains eight miniature die-cast models from a selection of the films’ most memorable vehicles including Aston Martin DB5 and the Rolls Royce III from Goldfinger (1964), the Little Nellie from You Only Live Twice (1967), the Lotus Esprit Underwater from The Spy Who Loved Me (1977), the Space Shuttle from Moonraker (1979), the BMW Z3 from GoldenEye (1995)

, the Jaguar XKR from Die Another Day (2002), and the more recent, Aston Martin DBS from Casino Royale (2006). sure, if you billions, you probably could buy the real deal, life-sized props or vehicles (yes, even the space shuttle) but wouldn’t it be a better idea to be able to view all your select Bond vehicle collection at one glance rather than having to walk the length of your garage or hangar? and it cost just $60 to own the them not millions or billions.