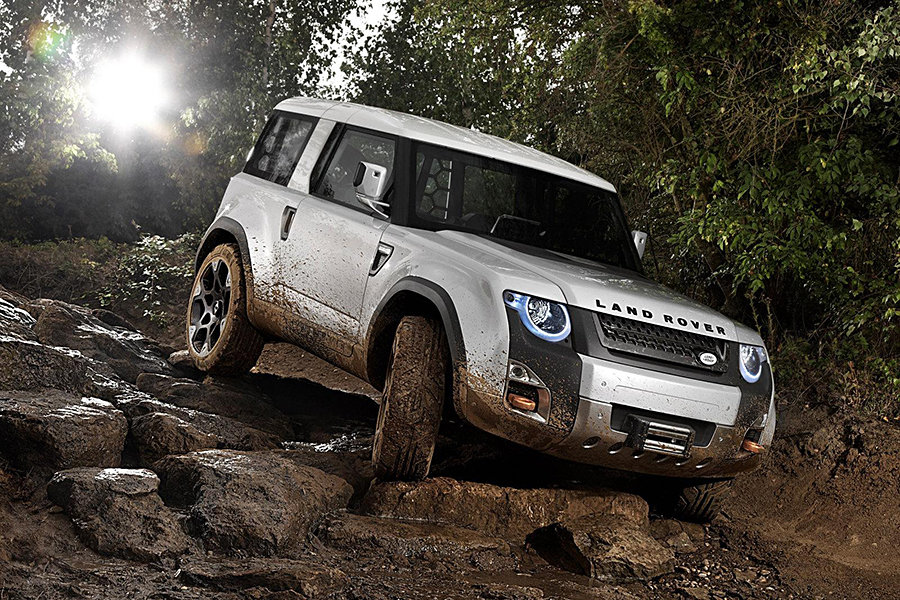 Land Rover is set to unveil the DC100 concept that is tipped to be the next-generation Defender at the upcoming Frankfurt Motor Show. being someone who has physical dealt with the old military version, naturally i am excited. the concept aims to demonstrates the future of Land Rover capability and versatility. however excited as we might be, the DC100 is not a production-ready concept but Land Rover has set its sight to launch this new Defender sometime in 2015. whatever it is, i simply dig how the concept looks. since it’s another four years before the new generation Defender lands, i highly doubt there will be any further ‘useful’ information by the time of its official unveiling. so, what we have for now is a couple of images to satisfy our curiosity. hit the past the jump for another look (click image for larger view) and the official press release.
[ad#Google Adsense-text-468×60] [toggle title_open=”Hide Press Release” title_closed=”Show Press Release” hide=”yes” border=”yes” style=”default” excerpt_length=”0″ read_more_text=”Read More” read_less_text=”Read Less” include_excerpt_html=”no”]LAND ROVER CONFIRMS ALL-NEW DEFENDER CONCEPT FOR FRANKFURT MOTOR SHOW 2011

• Land Rover DC100 investigates the potential future direction of the iconic Defender
• Demonstrates the future of Land Rover capability and versatility
• Functional and purposeful design delivered by Land Rover design team, led by Gerry McGovern
• Land Rover confirms its global intention to launch a new Defender in 2015, with no current decision on whether or not the next generation Defender will come to the North American markets

Land Rover also confirms today, that production of a new Defender is globally intended for 2015, with no current decision on whether or not the next generation Defender will come to the North American markets.

Commenting on the Land Rover DC100 concept car, Gerry McGovern, Director of Design, Land Rover said, “Replacing the iconic Defender is one of the biggest challenges in the automotive design world; it is a car that inspires people worldwide.  This isn’t a production-ready concept but the beginning of a four-year journey to design a relevant Defender for the 21st century.”

John Edwards, Global Brand Director, Land Rover added, “Loved the world over for its simple, honest and distinctive design, we are determined that the new Defender will be true to its heritage, while meeting the requirements of a changing global market.

“We plan to engage with existing and potential customers to help us finalize the details of the new vehicle.  One thing’s for sure, it’s going to be an exciting journey, and we can’t wait to get going,” added Edwards.

The Land Rover DC100 concept builds upon the essential elements of the car’s character and allows Land Rover to open the debate and inspire people to dream about the Defenders of the future. The next chapter in the Defender story will unfold at 09:15 hrs (CET) on September 13, 2011 at the Frankfurt Motor Show.

The Land Rover DC100, a modern interpretation of the iconic Land Rover Defender will make its debut at the 2011 Frankfurt Motor Show. Additionally, production of a new Defender SUV is globally intended for 2015.
[/toggle] [UPDATE with video, via Acquire]