When I first laid eyes on the Lasercompo, I was completely smitten. I was thinking, “damn, this all-wood bike is crazy awesome. Is it even real?” Well, alas, it isn’t. I mean. It is real, but only as a scale model kit or 1/6th scale, to be precise. Bugger. At least it isn’t a concept. Something you can physically touch. Just that you can’t ride it like the actual Honda Motocompo, the adorable city scooter from the 80s, which it drew its inspiration from. But it can definitely go into the trunk of the tiniest car like the real deal and do so with a lot more space to spare. 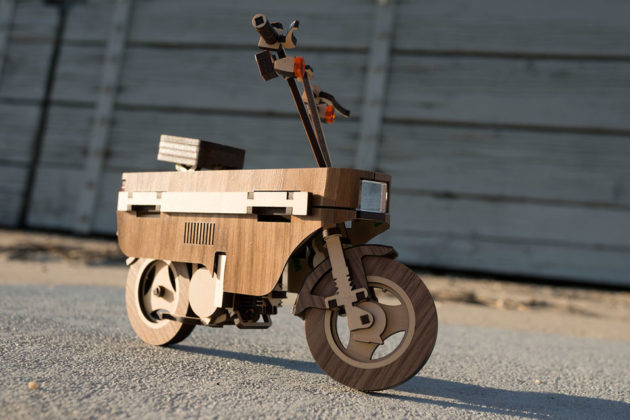 Man, I still can’t get over that this isn’t a real bike. But anyways, I have to move on somehow, don’t I? Anyways, Lasercompo is designed by Kirk Shinmoto and as hinted by the product name, this scale scooter is made from laser cut parts. What sets it apart from other wood scale model is, Shinmoto spares no effort in making sure this thing, despite its size, pops through the materials it uses. Speaking of materials, they are of premium finish maple and walnut plywood, as well as finished walnut veneer and acrylic (mainly for the light components). 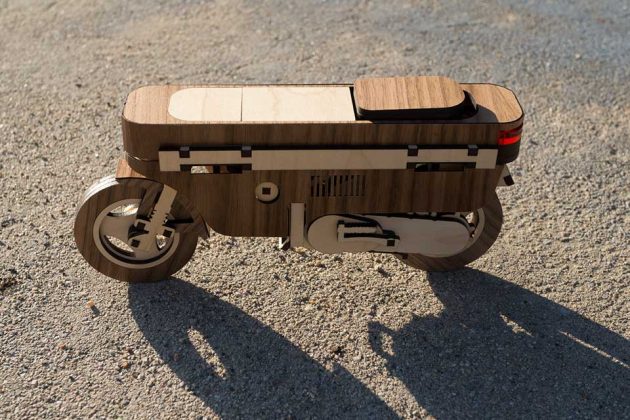 In all it has 180 pieces and obviously, requires assembly to get to this too-cute example you see here, but I think it will be well worth the projected 2-3 hours build time. Other worthy highlights include rolling wheels, functional steering, removable handlebars, a pop-up seat like the real deal, multiple configurations kickstand and foot rests, and cowl panels that can be removed to show off the detailed internals, including a miniature wood version of the 2.5HP AB12E motor.

You can pick up a set over at The Kirkshop for $70. Expect some delay for delivery because, the demand for this cute little thing is rather high. 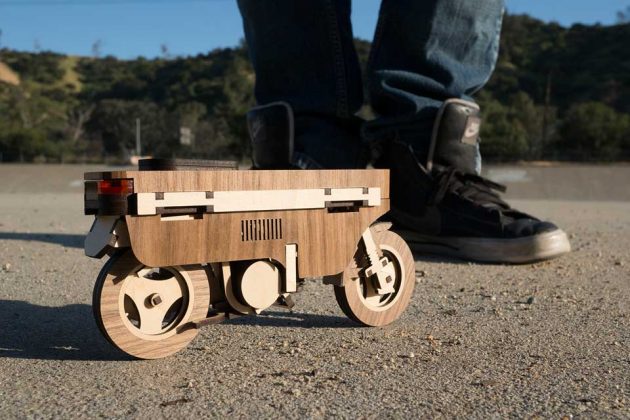 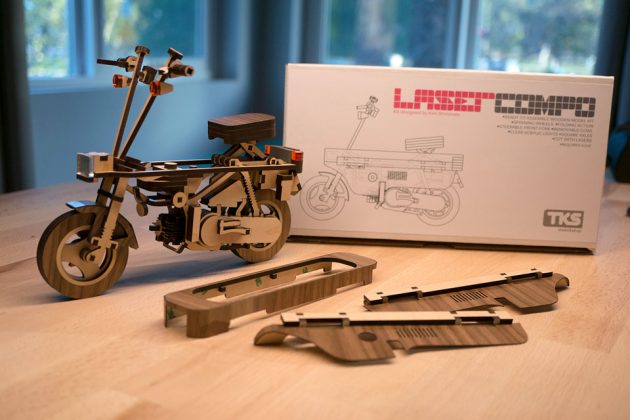 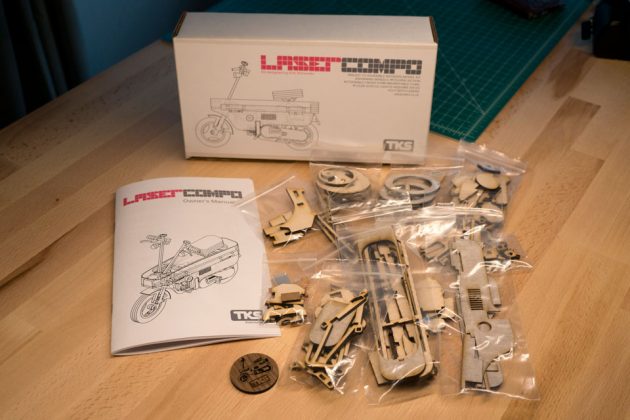