Well, what do you know? Multi-tool is now wearable too and the Leatherman Tread is just one such tool. And when we said ‘wearable’, we mean to say wearing it on your wrist and not hanging on your belt or backpack. So, yeah. The Tread is a rugged-style bracelet (not so much for ladies, I guess?) that packs 25 useful tools, held together by 11 interchangeable links, including cutting hook, screwdrivers, wrenches, hex drives, pick/SIM card tool, carbide glass breaker and a bottle opener. Made of injection molded 17-4 stainless steel for strength and high corrosion resistant, Leatherman Tread Multitool even comes with an optional Swiss-made watch face, boasting 200m water resistant and shock-resistant sapphire crystal, so you can choose to wear it like a wrist watch, while keeping the tools close to you, ready for action anytime, anywhere. Pretty brilliant idea, actually. And now, you can actually bring this multitool to places where previously multitools were prohibited, like what Leatherman’s President Ben Rivera had experienced.

Though we are not too sure if the ever hardworking TSA will fuss over it. Perhaps, you should just keep mum about its actual functionality, especially on the cutter part. The Leatherman Tread Multitool is slated to hit the stores in Summer, while the one with the watch face is expected to be released in Fall. As for the price, it will run you back at $150 and up, but that’s just for the bracelet. No word on the one with the Swiss-made timepiece, though. 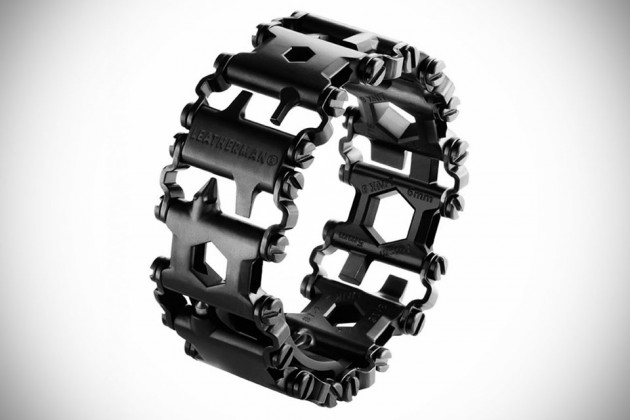 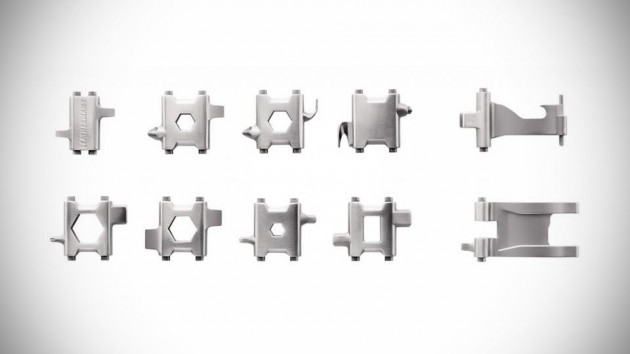 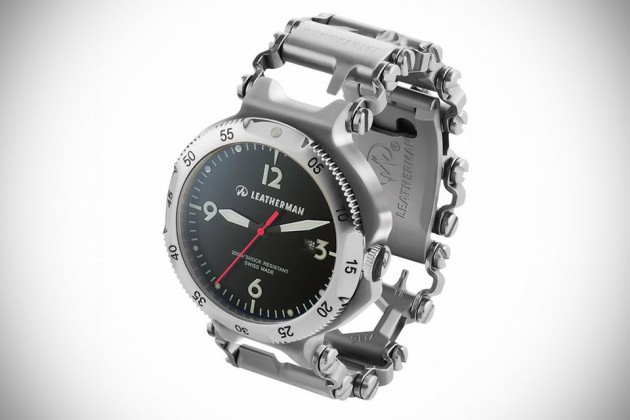 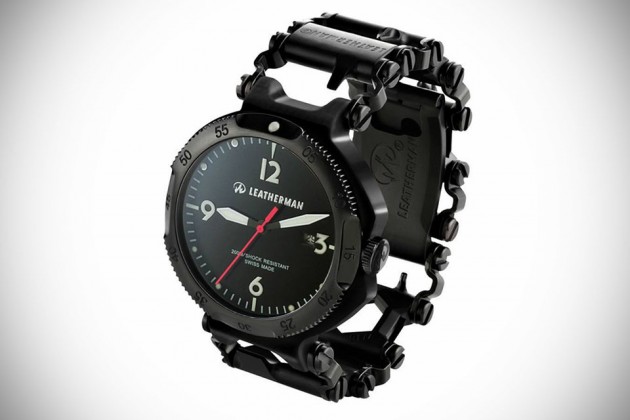 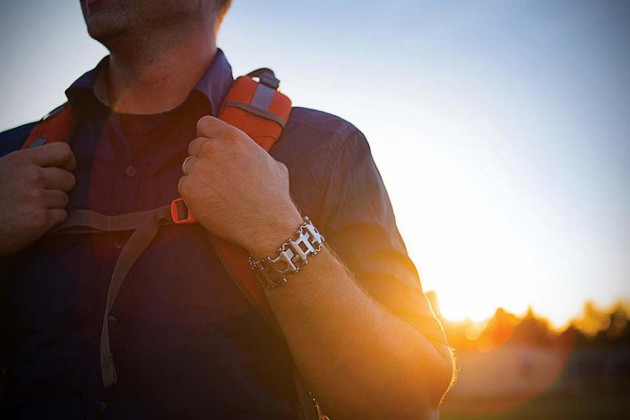