what’s more iconic than the red brick Ghostbusters HQ building and the Ecto-1? the Marshmallow Man, of course; it is kind of the next logical addition for a Ghostbusters-themed LEGO set – if there’s going to be a series dedicated to this cult comedy/horror flick. following up to his successfully nominated LEGO Cuusoo set, the LEGO Ghostbusters Set, Brent Waller is at it again, introducing you the LEGO Ghostbusters: Stay Puft Marshmallow Man. it stands at a magnificent 13 inches (34 cm) tall and is composed of roughly 1,800 pieces. what you have here is an unmistakable silverscreen icon immortalized in LEGO bricks, featuring articulated head and limbs, along with details like sailor hat with red ribbon, plus the traditional sailor’s collar and red neckerchief. 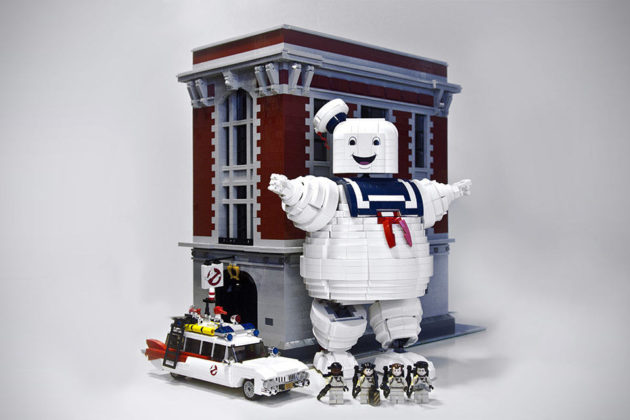 it took around 60 hours for Brent to came up with the design and piece them together. this cute and yet sinister monster is accompanied by three key minifigures: Walter Peck, The Gatekeeper (Dana Barrett) and The Keymaster (Louis Tully). basically, the crucial characters needed to open the ‘temple’ door to let the evil Gozer out. well, maybe Walter is not a critical role per say, but that’s not the point here. the project has been submitted to LEGO Cuusoo seeking for fans’ support. LEGO Cuusoo project that gets 10,000 votes or more will be considered as a production LEGO set. so if you like what you see, head on down to Brent’s LEGO Ghostbusters: Stay Puft Marshmallow Man LEGO Cuusoo page and put in your vote. a few more look after the break. 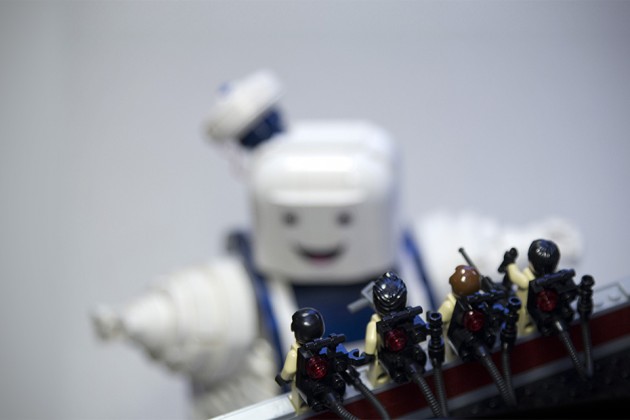 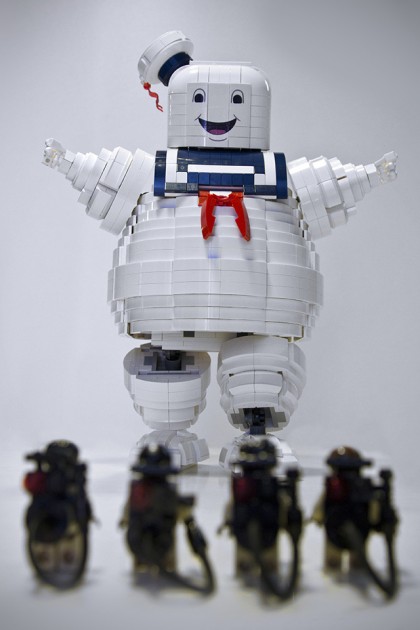 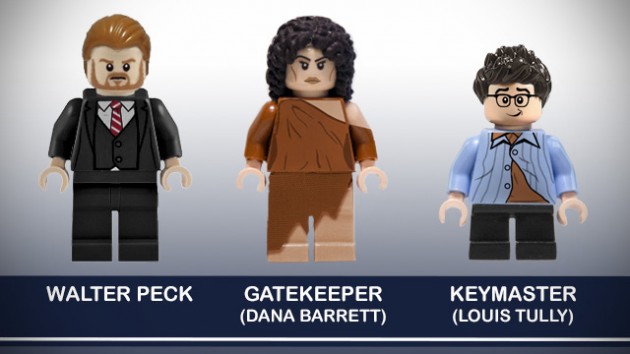