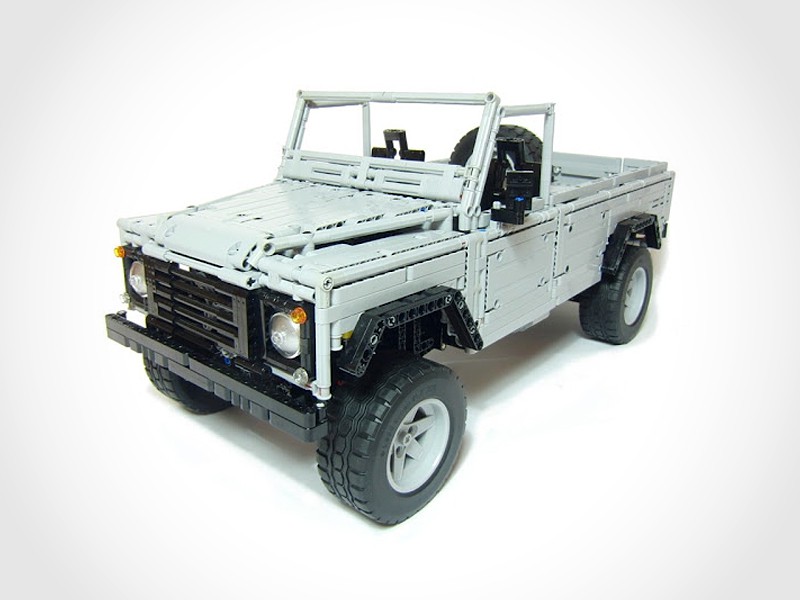 lets face it: men can’t get enough of LEGO and cars, no matter what age they are in. therefore, by combining both of these loves is like the ultimate in men’s heavenly playground. well, may be the car in question is not your typical exotic or supercar but a classic like the Land Rover Defender, still it is something to behold, especially if it is huge (1:8.5 scale), built with almost 2,800 parts, including seven motors, three infrared receivers and features a selectable 2WD or 4WD system, high and low range system, live axles, working five-speed sequential gearbox complete with reverse gear, fully automatic clutch, two-speed transfer case, and working doors, hoods, and tailgate. sounds like a tantalizing receipt to us. unfortunately, it is not for sale – at least not for now. this custom LEGO vehicle is up on LEGO Cuusoo and will have a shot at becoming a reality if it garners enough support – 10,000 supports, to be exact. so if you love what you see and hope the LEGO Land Rover Defender 110 will become a real product from LEGO, then head on down to LEGO Cuusoo and pledge your support. the best part is, it won’t even cost you a single cent. a few more look and a video clip of the Land Rover Defender in action after the break.