If you have not heard, NASA Apollo Saturn V is set to launch again. Except that this time, this space-bound rocket ain’t heading to space and NASA will not be responsible for the launch; instead LEGO is the behind it and the iconic rocket will be launch by you, in the comfort of your own home, with this massive LEGO Ideas-born set called LEGO NASA Apollo Saturn V (21309). I know right? This is probably the most exciting news all of last week. I mean, seriously, a piece of mankind’s history, the glory of Americans’ achievement, that can be assembled by your own hands? 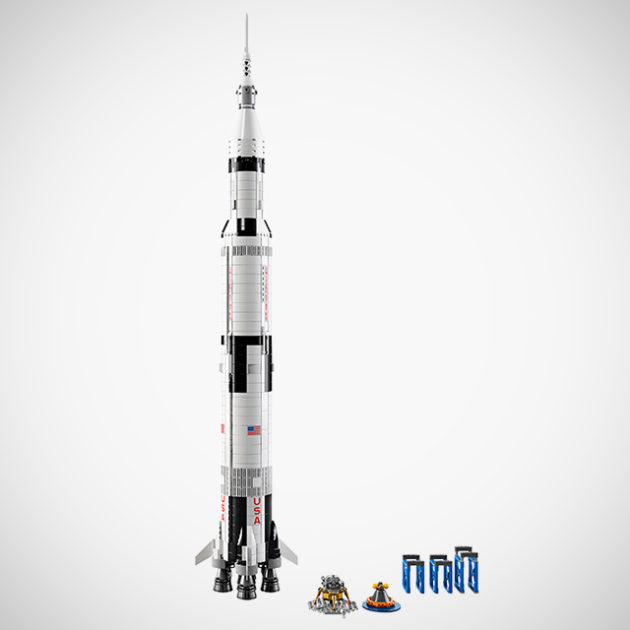 If that isn’t gold, I don’t know what is. Granted, this isn’t the first LEGO NASA Apollo Saturn V; the first was released in 2003 in a Discovery Channel collaboration series, but this 2017 model is very different: it is massive. Like, really, really, massive, towering at a full one meter (over 3 feet) tall when put together. And if you don’t already noticed, the size is actually 1:110 scale of the actual mighty booster and that alone is enough to pique our interest. Interestingly, the set comprises of exactly 1,969 pieces, which is a subtle nod to the year that the Apollo 11 mission landed with Neil Armstrong and Buzz Aldrin – the first astronauts to walk the moon on July 20, 1969. 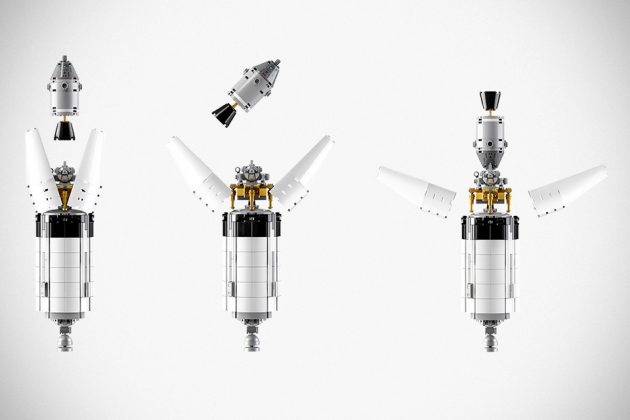 Kudos to the the Danish toy maker for tweaking this Felix Stiesssen and Valerie Roche (AKA saabfan and whatsuptoday) LEGO Ideas submission to arrive to 1,969-piece set which makes the set even more meaningful and if you will, commemorative. Like the actual Apollo Saturn V, the LEGO Saturn V Moon Rocket features three separable Saturn V rocket stages, each with its a stand to display the individual stages horizontally, and it also includes a lunar orbiter, the lunar module which can be stowed inside the rocket’s S-IVB third-stage, and a crew of three astronauts microfigures – a tiny, less articulated version of the minifig – which are scaled to the lunar lander. 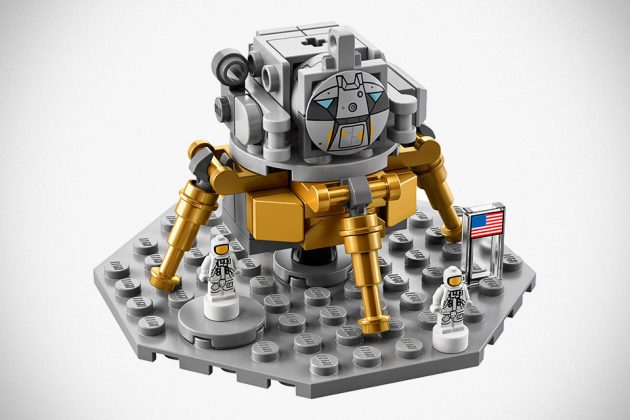 Since an actual flag wouldn’t stick to a regular LEGO plate, the included American flag is printed on a transparent brick to mimic an actual flag. The details that go into this set is pretty insane. It even has a grey studded plate to represent the lunar surface and a blue disc serves as the ocean’s surface, so you can create the entire mission with added realism, or something of sort. Personally, I am good with displaying this majestic piece in my living and ogle at it all-day, every day, but if you are up for recreating the mission with your kids, then the set is good for it too. 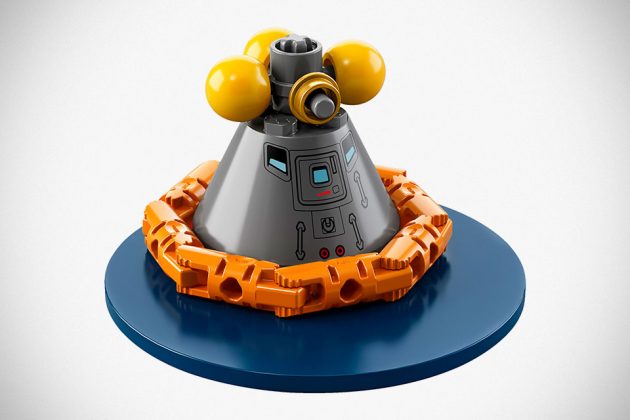 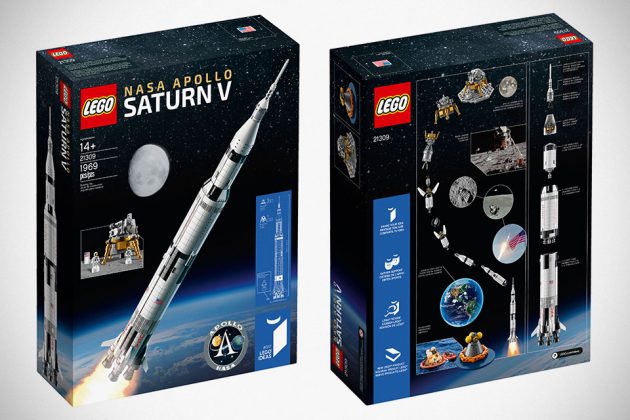 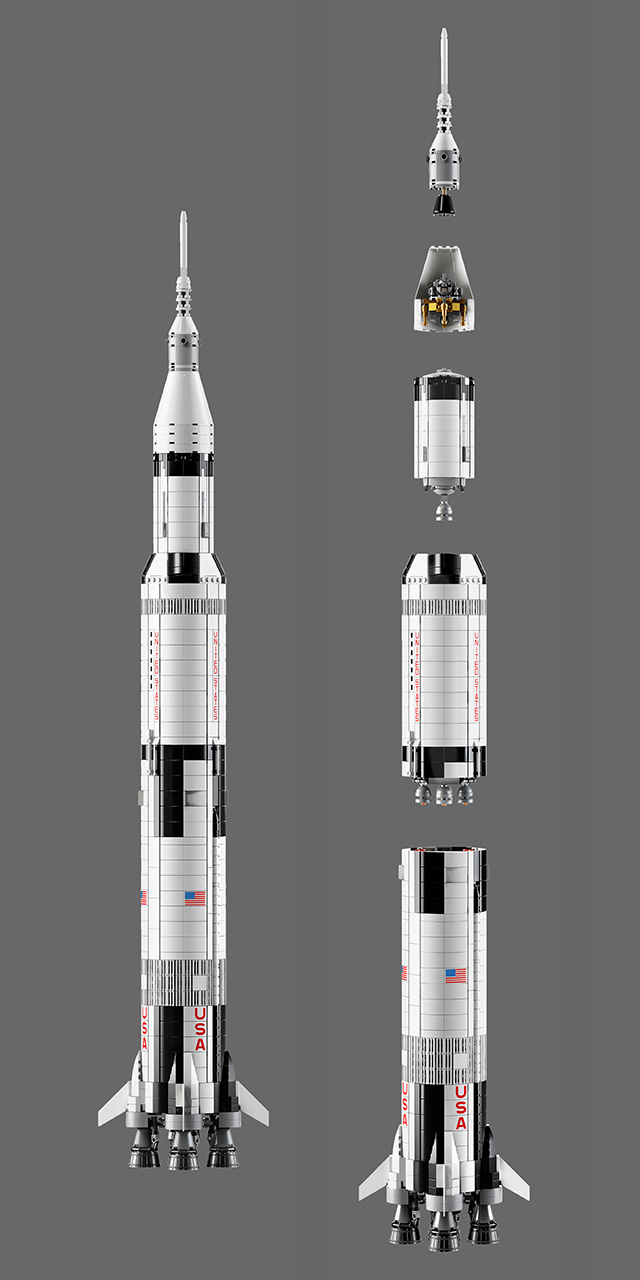 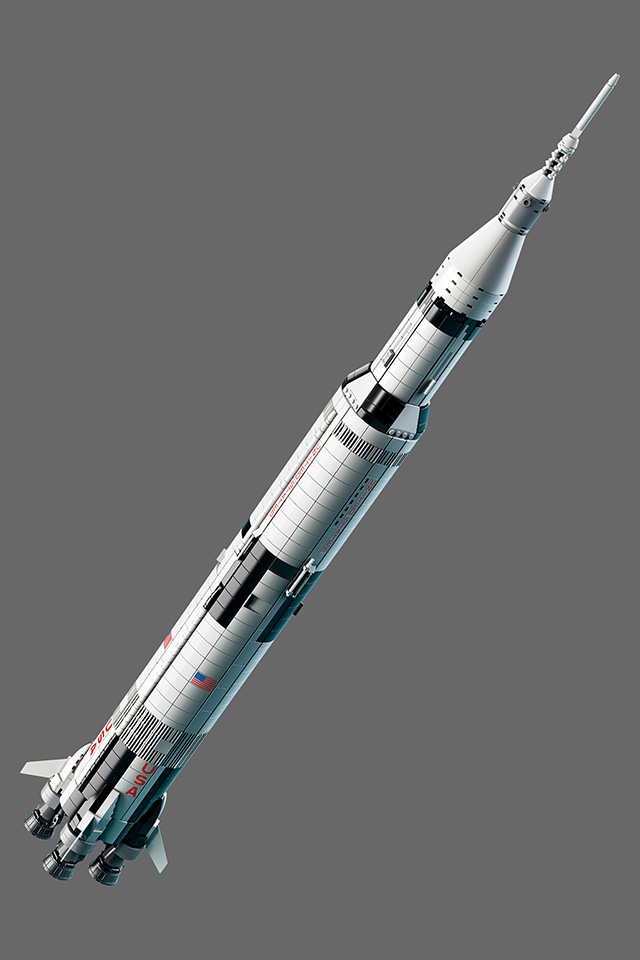