Fans of Star Wars, take note. LEGO is releasing convention exclusive LEGO Star Wars BrickHeadz at this year’s New York Comic-con, happening between October 5 and 8. Until now, Star Wars has not been inducted into the BrickHeadz family, but that changes with this first issue, featuring Boba Fett and his bounty, Han Solo in Carbonite. Hmmm, why do I have a feeling that this will be hotly vied and eventually sold on eBay for obscene amount of money? Why? Because, not only it is a convention exclusive, not everyone at the convention will be able to buy it. 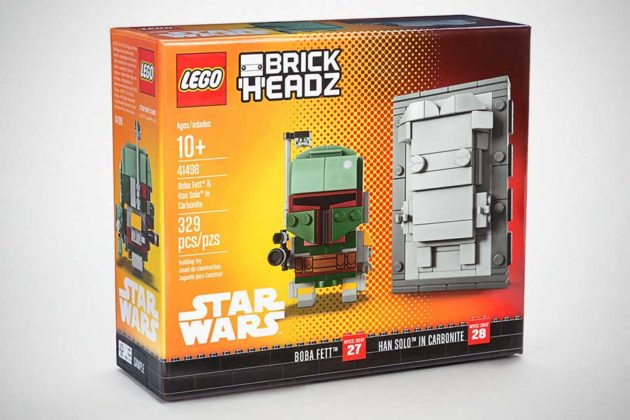 The $40 a pop collectible has a limited run of 349 pieces and it is available only at the LEGO Group’s mobile experience during NYCC. There will be truck where the lucky winners of the lottery will get to purchase the exclusive BrickHeadz set while other sad attendees will be relegated to buying other LEGO BrickHeadz sets available. Anywho, here’s a few bits of info that may interest you. The Han Solo is the first LEGO BrickHeadz to have closed eyes and it is also by far, the biggest BrickHeadz yet, and all decorated parts are said to be “new and exclusive to this Comic-Con model.”

No words on whether or not if the set will be introduced as individual sets and and make available through regular sale channels, but if you ask me, I’d say unlikely. Why else would they make it convention exclusive then, right? Duh… I am not a fan of LEGO BrickHeadz, but if you are, then here is the page with information you want to read if you want to know how you can get your hands on this exclusive LEGO Star Wars BrickHeadz set during New York Comic-con.

NOW READ  United Airlines x Star Wars: Rise Of The Skywalker: How Did We Managed To Miss This??? 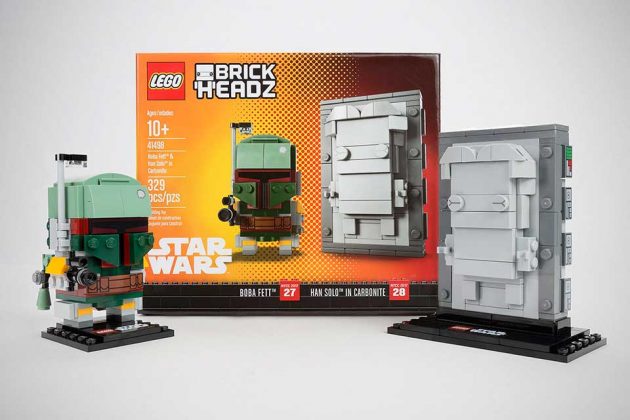