This year marks the 70th anniversary of the ending of WWII and it seems about right for war machines buff, Dan Siskind of Brickmania, to create something appropriate: the iconic USS Missouri. USS Missouri (Hull symbol: BB-63), affectionately known as Big Mo, was the Iowa-class battleship that sailed into the port of Japan as the site of the surrender of Japan which ended the WWII. So, you can see where Dan’s coming from. While the real deal now rests at Pearl Harbor, serving as a museum ship, Dan has put together a what he called, the longest LEGO ship ever built. And how long are we talking about? Well, Dan’s LEGO-lized USS Missouri stretches an astounding twenty-five and half foot long and packs over a million LEGO pieces. 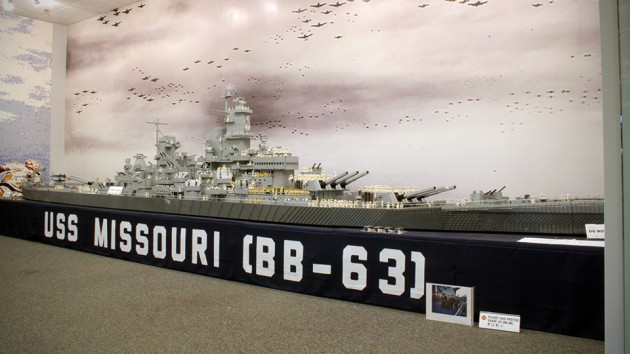 It is built at 1:35 scale and broken up into 10 main sections, each measuring around 30 inches long, to make it travel-friendly, so that it can be transported without risk being crush entirely in any unfortunate mishap. As you can see, the detail that goes into it, from the majestic bow to the main battery of nine 16-inch guns to the aircraft recovery crane at the stern, is nothing less than mind-blowing. That said, there’s little more to say about this incredible work-of-art, than to let you have a look at the result yourself. Also, you can hear the man detailing about the ship in an interview by BrickPodcast.com’s Joshua Hanlon in the video below. 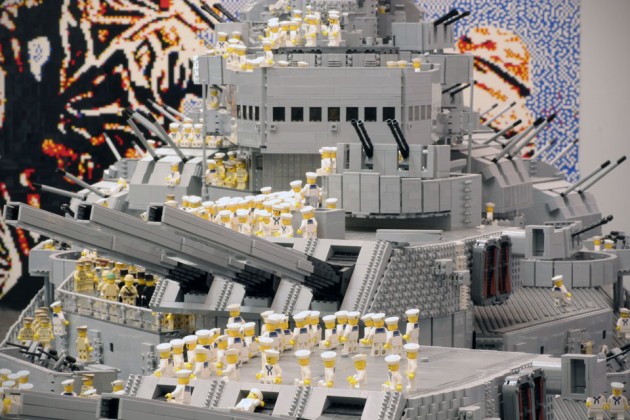 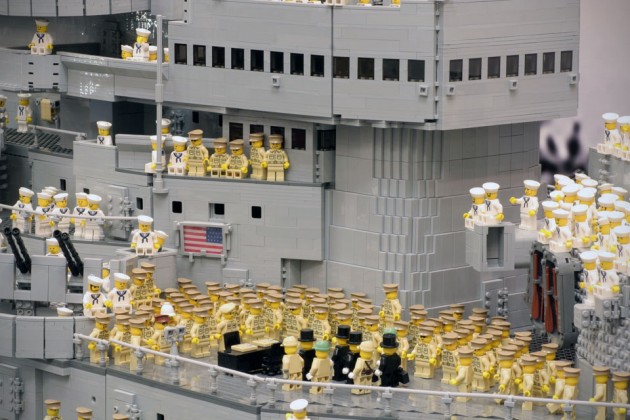