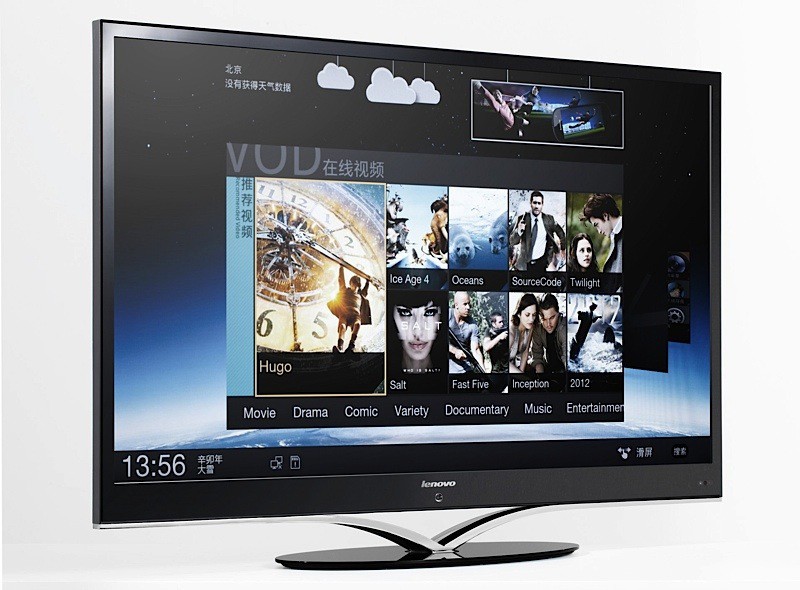 the line between computing and multimedia gets blurrier with the Lenovo IdeaTV K91. Internet TV is not new but the K91 stands out as the world’s first smart TV to be powered by Android Ice Cream Sandwich OS. under the hood of this 55-inch IPS 3D HDTV is a 1.5GHz dual-core Snapdragon processor with 1GB of RAM, along with a modest 8GB storage, which honestly, is never going to be enough for any typical movie fanatic but Lenovo addresses the storage deficiency with the help of a SD card slot. connectivity and I/Os come in the form of WiFi, Ethernet port, HDMI, and as well as USB 2.0 port. presumably, the latter should also let you hook up your external hard drive that is burgeoning with video content. other features expected include access to Lenovo cloud services such as the app store and video-on-demand, voice control, and facial recognition via its 5.0-megapixels webcam. hmm, really, does that even sounds like a TV to you?