Lexus, arguably the most successful Japanese luxury marque to date, pulls the wrap off a topless beauty in this year’s Los Angeles Auto Show, which the automaker described as a 2+2 roadster. What??? A four-seater roadster? Well, apparently that’s what Lexus is proposing with the LF-C2 Concept Roadster, which kind of help to mess up the long standing traditional ‘categorizing’ of car body type. Basically, it did what a four-door coupe did, challenging the status quo, though we’re not sure it is even necessary. Anyways, this golden yellow ride is a peek into the company’s future design direction and looks, at least to us, like something that will be made. 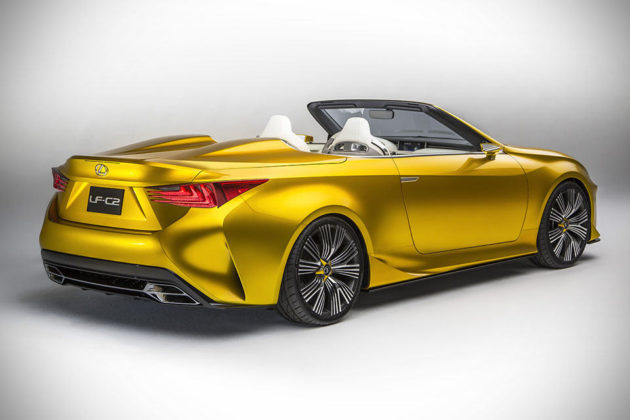 Except for the loud, multi-layered paint job, there is nothing too overly futuristic about the LF-C2. Everything from the LED headlights to the braided mesh spindle grille to the signature roadster’s double hump at the rear, looks like probable design which we can expect to see on the road. Other key exterior highlights include brake cooling ducts, a rear diffuser, quad-tailpipe sports exhaust system, and massive 20-inch five-spoke rolling stocks.

On the inside, it is as equally down-to-earth and is designed around a theme surrounded by luxury and sportiness. It has a central console that starts at the rear and stretches across the length of the cabin to the dashboard where you will find the instrument cluster, central video monitor controlled by a Remote Touchpad on the center console. There is also a classy analog clock, form-fitting seats, and a thick leather-bound steering wheel. With the LF-C2 Concept Roadster, Lexus is more keen in telling its design story and hence, the lack of details of what’s under the hood. But, we a beauty as such, do you really need to know what’s under there? 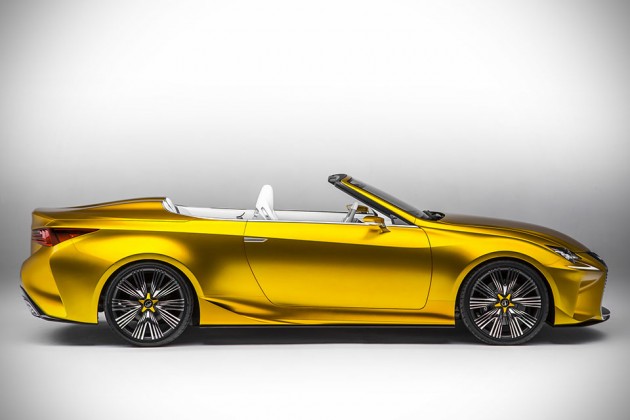 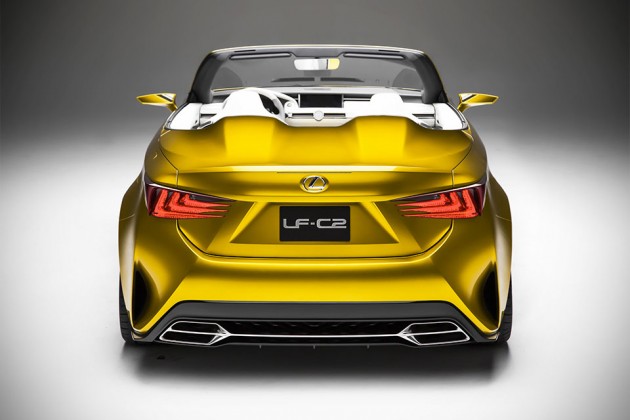 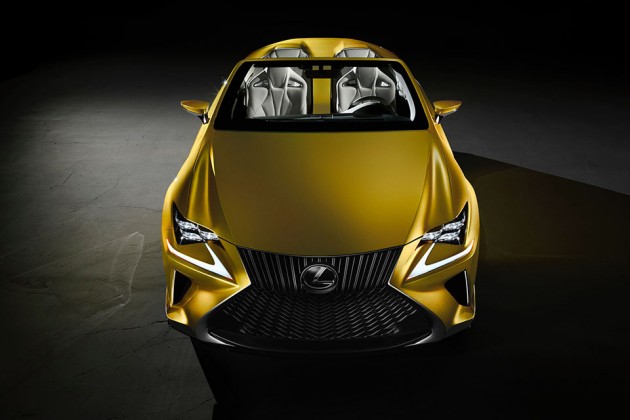 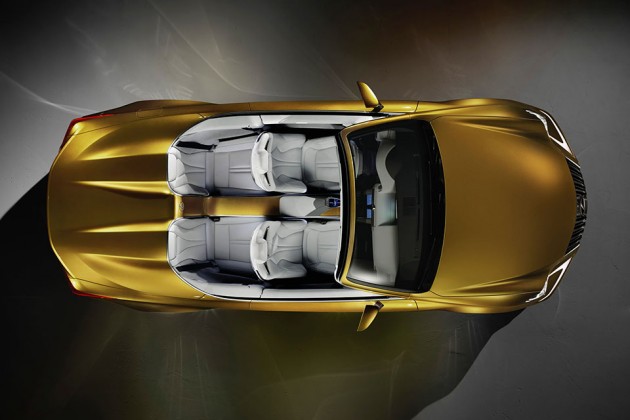