Oddly beautiful is the way we would described the recently announced Bentley Grand Convertible. Why? It has a front-end that looks largely like a chauffeured luxury ride, but beyond that, it is a sporty two-door drop top. Pardon us for our bluntness, but we have always associate two-door cars, outside of trucks and vans, with a more sports car design and that’s including the front. Anyhow, I am sure the Bentley Grand Convertible will have its fair share of lovers and fans – if it ever gets produced. This shinning example is draped in a two tone paint job comprising of Sequin Blue and silver “liquid metal” finish, and is push forth by a 6.75L V8 twin turbo engine as found on the Mulsanne, putting out 530 horsepower and 811 lb-ft (1,100 Nm). And being a Bentley, it is naturally treated to the usual Bentley form of handcrafted luxury. 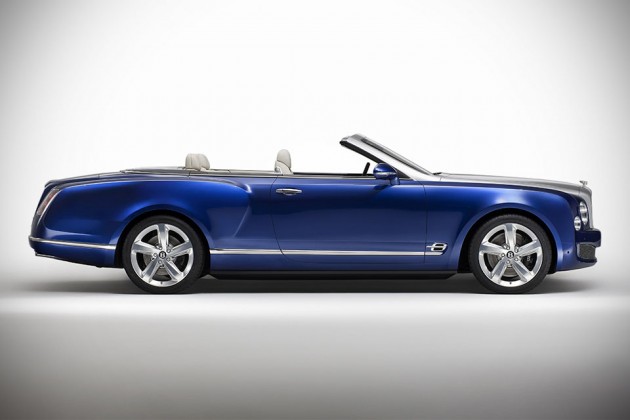 A few other notable features include Bentley directional wheels borrowed from the Mulsanne Speed, an interior wrapped in natural tanned leather hides and Beluga leather with blue cross-stitching, and a you-miss-it dark stained Burr Walnut veneer on tonneau cover. The latter is the largest piece of wood to be ever incorporated to a Bentley and kind of makes the Grand looks a luxurious yacht’s deck. No word on the availability or pricing, but the Bentley Grand Convertible is currently strutting its stuff over at the 2014 Los Angeles Auto Show and following that, in December, it will head to Miami for Art Basel. 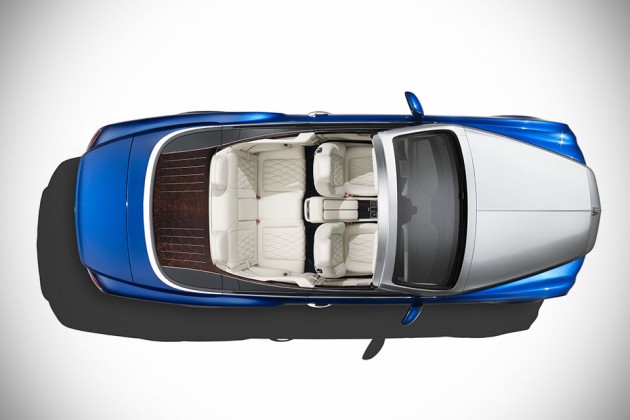 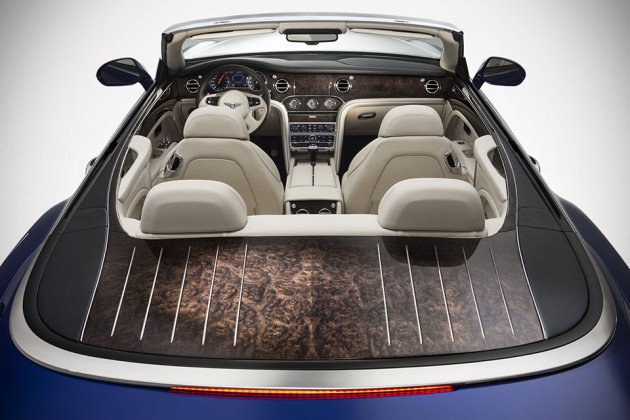