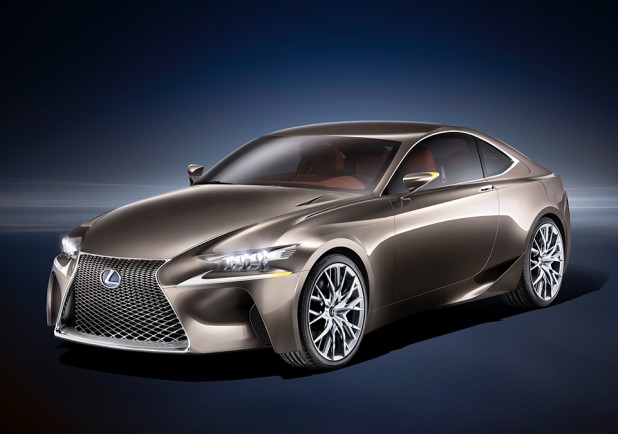 unlike the LF-FC concept, the Lexus LS-CC Concept Car seems like a more probable concept that may actually it to the production line but of course, that’s just our take. aesthetically, the overall lines look close to a production-probable design and we have to admit that it is the front that has our immediate attention: it sport a bold front fascia with the signature Lexus ‘spindle’ grille taking up most of the front real estate, flanked by large, deep lower fenders that invite air into the engine bay and to the front brakes, a pair of three LED-projector headlamps, and independent Daytime Running Lights (DRLs) integrated into the upper bumper. however, the bold look did not just end at the front: it continues on, albeit a little more subtly, flowing along its sleek, raked back profile that’s unmistakably of a rear-wheel driven car and down to its rear spoiler-integrated boot lid, to a pair of intricately designed tail lamps. oddly, we have a particular admiration for its stop lamp-integrated shark antenna which highlight’s Lexus keen eye for details. under the hood, the LS-CC is fitted with a 2.5-liter full hybrid unit that combines an all-new 2.5-liter 4-cylinder DOHC petrol engine with a compact, high-output, water-cooled permanent magnet electric motor – a configuration that Lexus will be implementing to its model range in near future. the Lexus LS-CC Concept Car will make its world premiere at the 2012 Paris Motor Show, happening on the September 29 to October 14, after which more details should be available or at least, some images of the real car instead of the rendered ones that you will find after the break.