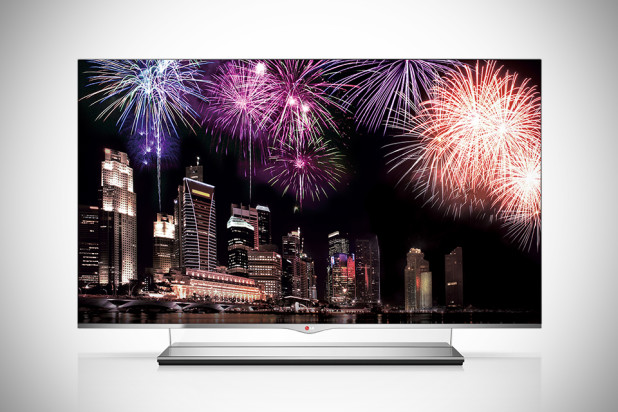 if you think the LG 55EM9700 looks kind of vaguely familiar, you are absolutely right. the 55EM9700 is in fact, an updated version of the impressive OLED TV first showcased at last year’s CES. on the look department, this 55-inch class OLED TV from the Chaebol maker is going make any style-conscious fans tear with joy with its mere 4mm profile and its nearly-non-existence bezel and not to mention, a dream come true for any installer cos’ it tips the scale at less than 10 kilograms (22 lbs). the OLED TV promised to deliver astoundingly vivid and realistic pictures thanks to its WRGB technology. the W in this case, represents ‘white’ where a white sub-pixel works along with the conventional red, blue and green to output what LG claimed as the ‘perfect color output’. of course, there are more to the story in offering up breathtaking images such as LG’s exclusive Color Refiner that is said to give it tonal enhancement. another highlight is its infinite contrast ratio which LG said will aid the display in maintaining optimal contrast levels regardless of the ambient brightness or viewing angle. good news for keen early adopters in South Korea with loads of cash to spare, LG will be taking pre-orders for the LG 55EM9700 OLED TV on January 3rd for a princely sum of 11 million won (about US$10,000) with shipment expected be sometime next month. though no word on when the rest of the world will get to part with their hard-earned money for this beauty. we see a trend of LED TV sitting on console in recent time but this picture frame-like OLED TV just begs to be hanged on the wall, don’t you think so? if only we have 11 million won to spare. if only. scroll down for a few more look.