to be fair, we shouldn’t brand the LG LAP340 Sound Plate as ‘Sound Bar Reinvented’ cos’ Bose already did so with its Bose Solo. instead of the usual ‘bar’, the LAP340 is what its name say it is: a plate. plate as in a wide and flat rectangular speaker system that’s designed to slip underneath a 32- to 55-inch TV (presumably, we are talking about the newer LED TVs as they are way lighter). aesthetically, the Sound Plate is presented in the usual LG sleekness with the speaker grilles sporting smooth rounded corners, running to the sides. at just 35mm tall (more like ‘thick’, really), the LAP340 Sound Plate is less than half the thickness of the Solo and yet, it still packs a 4.1-channel speaker system that boasts dual built-in subwoofers and neodymium magnet drivers for the extra oomph in audio reproduction department.

also built into the system is the obligatory Bluetooth connectivity for wireless audio streaming from any Bluetooth-enabled media devices such as your smartphones and tablets. all told, the LG LAP340 Sound Plate is capable of 120 watt of audio power output. the set was announced ahead of the IFA 2013, along with a host of premium AV products. however, for now we only have eyes for the flatten sound bar i.e. the LAP340. pardon us for we are too accustomed to longish bars and is in a dire need for some ‘gadget design revolution’ to spice up our gadget life. at this point, information is still pretty limited and so are the details on its pricing and availability, but according to this European web store, the LG LAP340 Sound Plate has a retail sticker of €499.99 (about US$660), but we wouldn’t bet on it unless we hear from the horse’s mouth. 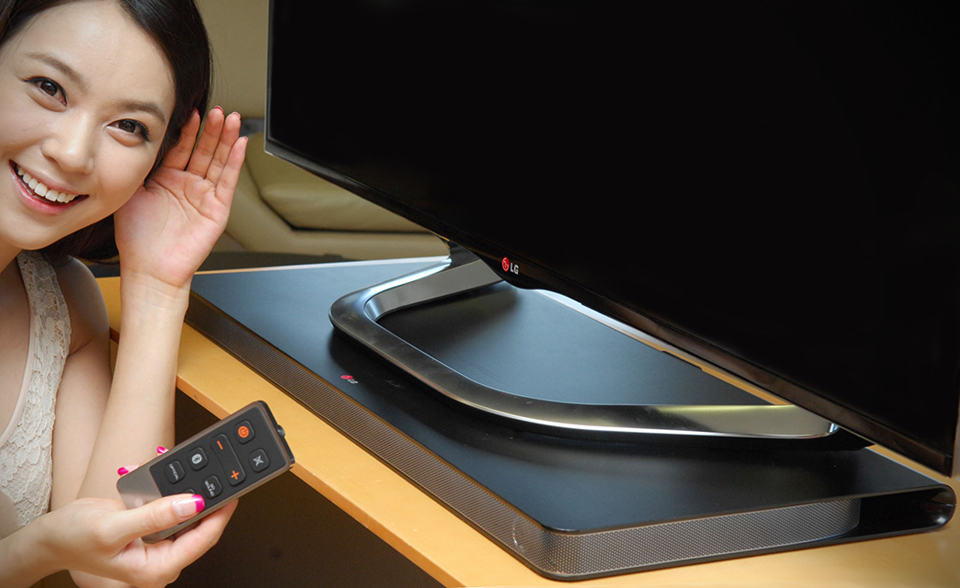