If you haven’t already heard, LG has a new smartphone in town, or rather, soon to be in town. The V20, as it is called, is the latest to join the V series lineup of smartphones and this one here promised to elevate your mobile multimedia experience to the next level with features like Steady Record 2.0, Hi-Fi Quad DAC, HD Audio Recorder, front and rear wide-angle lens cameras, and B&O PLAY touched audio reproduction. It also boasts hi-fi video recording with option of manual control to capture “perfect audio quality” aided by Low Cut Filter, as well as Limiter that lets you get rid of annoying background noises and set the recording distance, respectively. 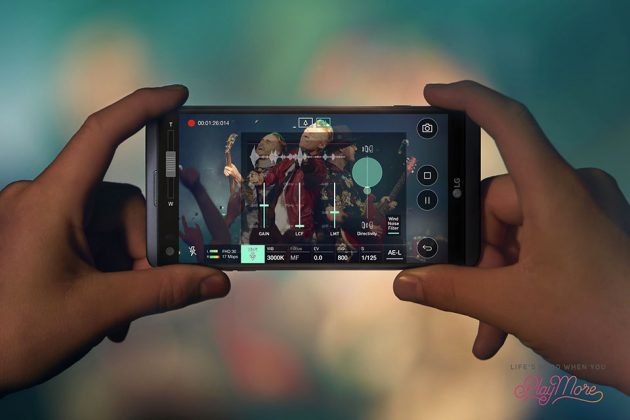 Sound processing is handled by a 32-bit Hi-Fi Quad DAC from ESS Technology’s SABRE ES9218 that is said to reduce distortion and ambient noise by up to 50 percent, thereby delivering clearer audio. In what reminiscent of an actual hi-fi system, V20 also affords 75-stage fine volume, L/R balance controls, and it, of course, supports a host of lossless music formats. There are three high AOP microphones to enable HD audio recording and it does come with a bunch of manual controls so you can do it let a pro. And then, there’s acoustic engineering by B&O PLAY. 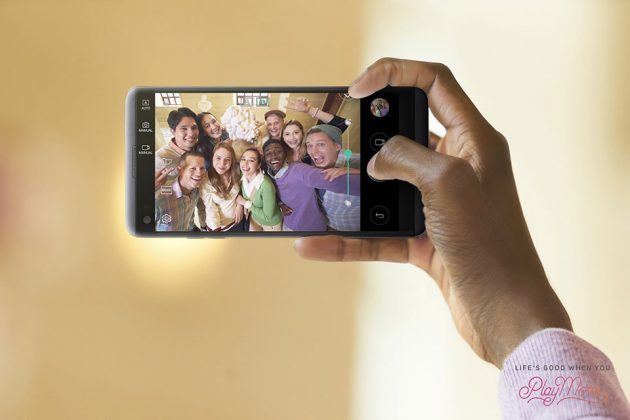 Depending on your smartphone’s usage, you may or may not be impress by those fancy audio prowess, or you could be impress with its imaging which comes in the form of a 16MP and a 8MP rear-facing camera with 75-degree lens and a 5MP front-facing camera with 120-degree lens. The front also gets Auto Shot function with face detection feature that automatically take the shot when it senses you are ready (and smiling). No pressing of shutter button or whatsoever is needed. V20 also comes with Hybrid Auto Focus that uses three AF technologies: Laser Detection, Phase Detection and Contrast AF to ensure it delivers sharp images every time for both stills and videos. 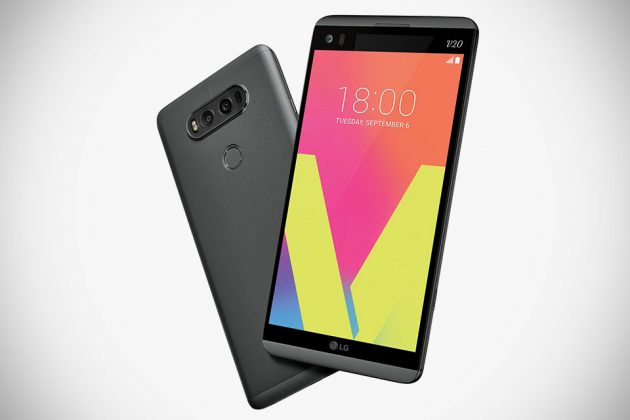 The V20, like the V10, also has a second screen, but now boasts 50 percent more brightness and font size while keeping the display as unobtrusive as possible. And then, there’s the LG-touched UI, the UX 5.0+ and also, it runs on the newest Android OS, Android 7.0 Nougat. Design-wise, expect a lightweight aluminum device with a new silicone-based material, AL6013 metal with additional protection of the top and bottom offered by Silicone Polycarbonate. The latter is said to be able to reduce shocks from drops by over 20 percent. 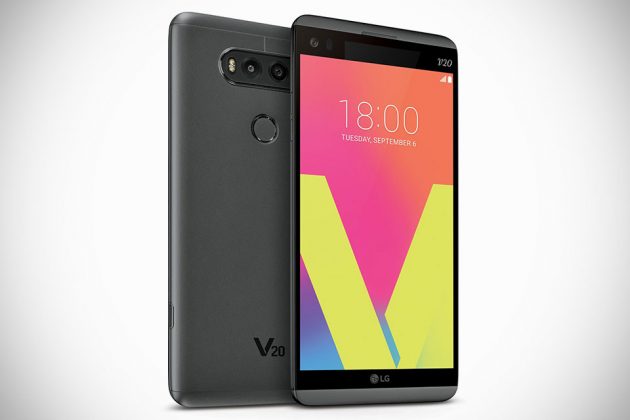 Speaking of which, LG said V20 has “passed the MIL-STD 810G Transit Drop Test.” Though water resistance is still not part of the game with V20, unfortunately. LG V20 Android Phone made its public debut in September in LG’s home market of South Korea with other “key countries,” including North America, Asia, Latin America and Middle East, to follow suit. Keep reading to find a rundown of the specifications. 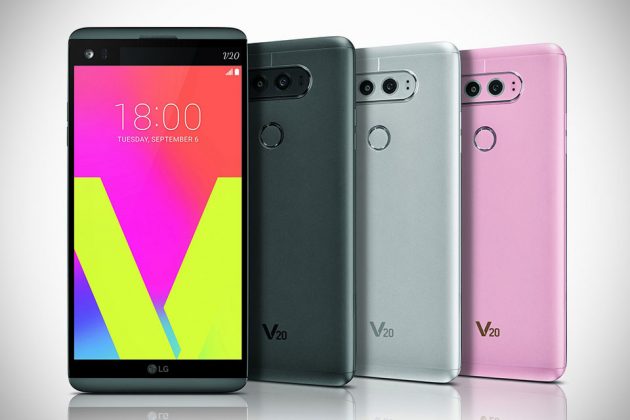