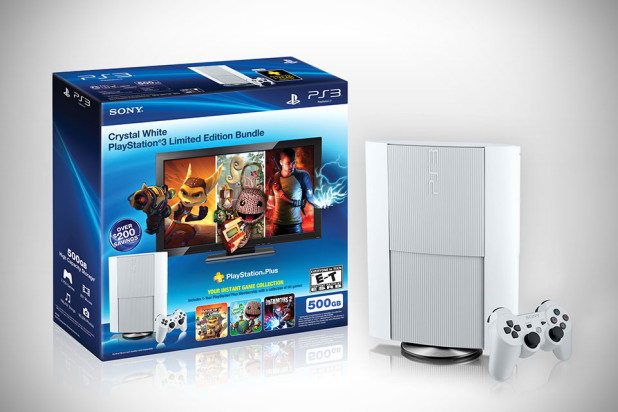 while rumors about the next-generation Playstation console continues to fly around without a conclusive ‘when’, Sony Computer Entertainment has announced a Limited Edition White Playstation 3 Bundle to tie you over. of course, the console, a white one, will be in the form of the ‘refreshed’ design that’s smaller and lighter, and bundled with a bunch of goodies to kick start your Playstation 3 gaming career – that’s if you haven’t already own those games that SEC is throwing in with this bargain $299.99 deal. as part of the deal, you will be getting a 500GB white PS3 console, plus a one-year membership to Playstation Plus that includes twelve PS3 game titles with the Instant Game Collection. while inducted into the year-long Playstation Plus fraternity, you will be granted exclusive access to features such as a regularly refreshed library of 12 PS3 games including Little Big Planet 2, InFAMOUS 2, Ratchet & Clank: All 4 One and the likes with additional titles added each month, 6 additional games for you to enjoy on your Playstation Vita portable gaming system including Uncharted: Golden Abyss, Gravity Rush, WipeOut 2048 et cetera, exclusive discounts of 10 to 75 percent on Playstation Store, 1GB of online storage for game saves on both your PS3 and PS Vita, and last but not least, exclusive and early access to select demos and game betas such as God of War: Ascension Multiplayer Beta. landing in the store near you on January 27, 2013. a product video follows after the break.