Usually bike thieves will be cutting up bike locks rather picking the lock. It is the simplest and quickest way to break the lock and that, folks, is precisely why you need a bike lock that doesn’t fall prey to even the most heavy duty cutter. One such as the Litelok Silver. Billed as the world’s lightest secure bike lock, Litelok is the fruit of consultation with cyclists and bike experts from around the world, combined with Litelok’s experience in bike lock making expertise. 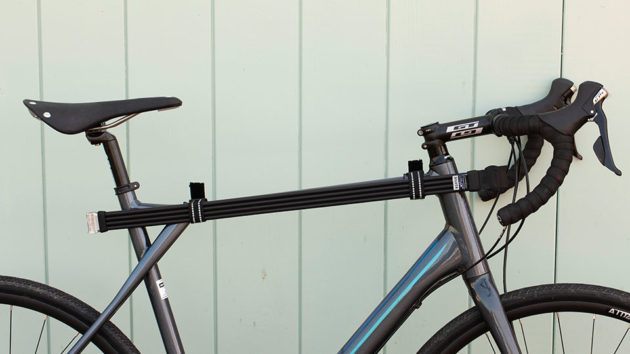 It weighs just 630g (1.4 lbs) and it features the company’s strangely cool-looking (and patented) Boaflexicore strap and hardened aerospace-grade steel alloy. And the most assuring part is, it is a Silver Sold Secure rated lock – as accessed by the UK’s independent testing organization, Sold Secure (which is owned by the Master Locksmith’s Associate, btw). 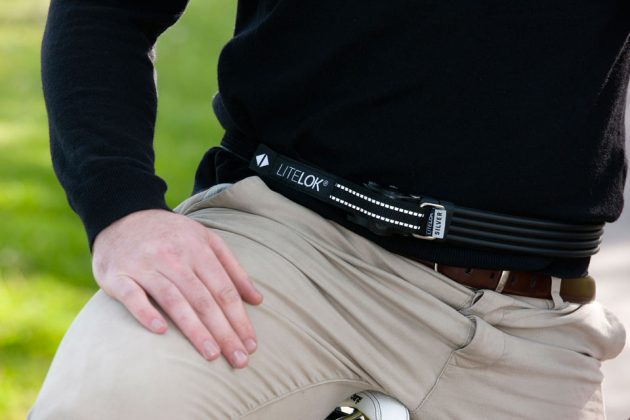 It is so strong that it can stand up to 2 tons of force – tested using a torsion test rig developed by an engineering consultant and Swansea University College of Engineering. Even when face with a heavy duty bolt cutter, Litelok’s Boaflexicore strap won’t budge at all – unless you have super human strength. Litelok said it will take a cutting load of 148 kN (or about 33,000 lbs) to break its proprietary strap. To put things in perspective, that’s load is about the weight of a F-18 Hornet fighter jet. So, unless Superman comes along and break Litelok Silver, your bike should be safe. 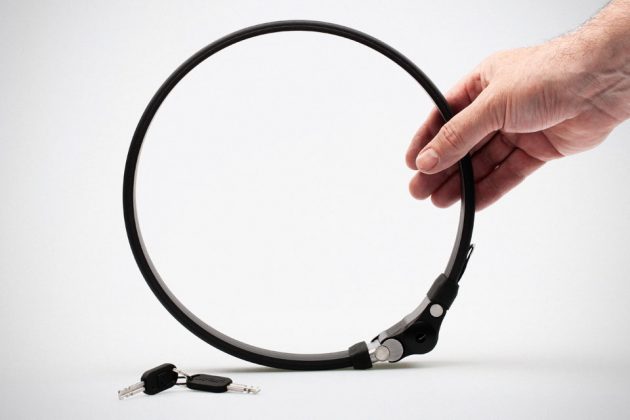 The lock is intentionally designed to have a wide circumference so it could be easily strap to large objects like a tree, for example. If the lock itself is targeted, it will be safe too because, hammer and chisel won’t hurt either, and neither will freeze spray. But that’s not to say Litelok is 100 percent break proof; it can be broken if the thief happens to bring along a powered tool such as a grinder, but seriously, your bike must be cast out of solid gold for any thief to go to such length.

NOW READ  Urbetter M8: The First Electric Scooter Designed With You And Your Pet In Mind 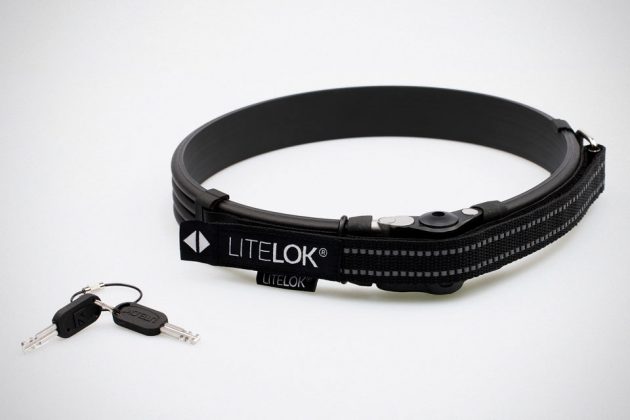 However, in case this happens, you can further ensure your investment (the bike) is safe by taking up Litelok’s Theft Protection, which is a kind of like an insurance of sort, that will replace your stolen bike if it was stolen when it was secured with a Litelok. Interestingly, two Litelok Silvers can be joined together to form a much larger circumference lock, while sharing the same set of unique keys. And then there is the Vertical Locking System that has the key hold facing upwards for easy of unlocking, as illustrated in the animated GIF below:

And here’s how the locks look in a twin setup:

Each Litelok Silver comes with two hook and loop WrapStraps, allowing it more than one way to secure to the bicycle when not in use. But you can also drop it into the bicycle’s cargo bag, or go for the models that comes with a free adjustable wearable kit that lets you wear Litelok Silver on your waist. Litelok Silver Secure Bike Lock is available on Kickstarter for the next 27 days or so.

A pledge of £55-80 (about US$71-103) will bag you a set, depending on how so you act on it and the model your desire. We suggest that you catch the product pitch video to pick up more details, or if you are willing, head straight for the product’s campaign page for full details and break down of the perks. Oh, wait. We forget to mention a very critical thing: it is totally made in the U.K.

All images courtesy of Litelok.