Well, this is going to make Steven Spielberg squirm in horror and possibly, make adults who grew up thinking E.T. is adorable cringe in disbelieve. People are eating the E.T.! Absolutely atrocious! Thankfully, mankind has yet to capture any alien yet (unless the U.S. government has been lying to us the whole time) and even if they did capture any alien, autopsy rather than BBQ would be their preferred course of action. They just can’t wait to cut open extra terrestrial creatures, don’t they? Or at least, that’s what Hollywood has been telling us (tin-foil hat on!). 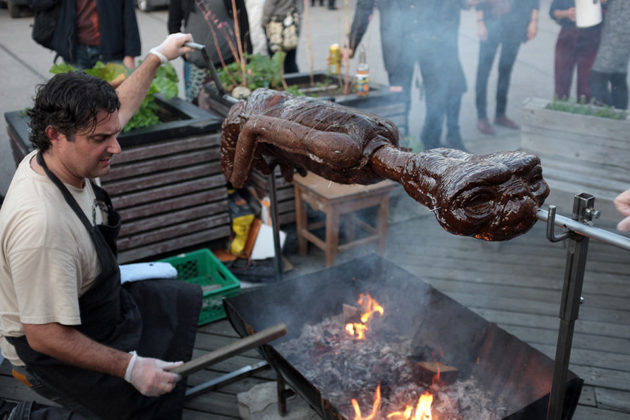 Obviously, this ’E.T.’ is not a real alien. It was a creation by Terje Östling and Swedish design studio, Unsworn Industries and it was sculptured out of vegan-friendly foods to look like the iconic alien from the 1982 sci-fi flick, E.T. the Extra-Terrestrial. It was roasted and served at the Exploring the Animal Turn Symposium, held at the Purfendort Institute of Lund, Sweden back in May last year and at Foodycle later in September in Helsinki. And they did not create this to satisfy their hunger for alien meat, though the crowd does look pretty enthusiastic about feasting on poor little E.T. 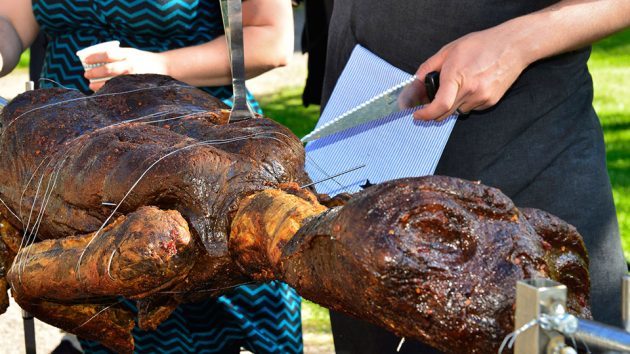 The creation and the feasting of the roasted E.T. is more profound than just putting a good vegan barbie in the crowd’s stomachs; it is an instrument that question our ethical food choices. You see, we are accustomed to killing and consuming poultry and dairy animals, while vegans turn in disgust as we do so, and therefore, it begs the question: what is actually right? Does a ‘norm’ makes it right? As some meat-lovers expressed shock and disgust over unethical food choices like cats, dogs, horses, for examples, but does this ‘norm’ consisting of chicken, cow and pigs makes us ethical? 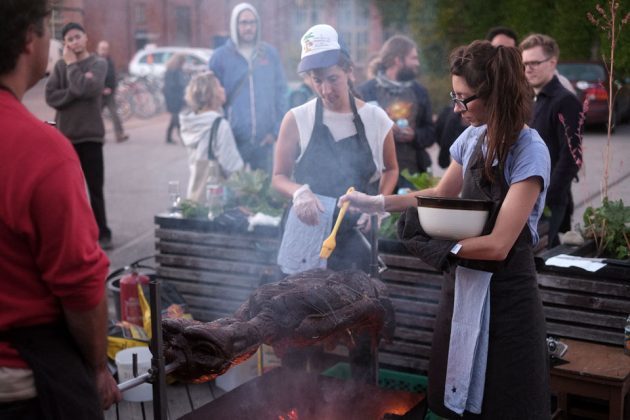 This occasional project, Eating E.T. – Mock Alien BBQ, explores those questions and other questions that have yet to come to mind. Speaking of which, what if, just what if, one day we found that we can actually communicate with plants and they (the plants) share much emotion and pain as us humans? Would we stop eating them? What is ethical food choice then? A food for thought for sure. 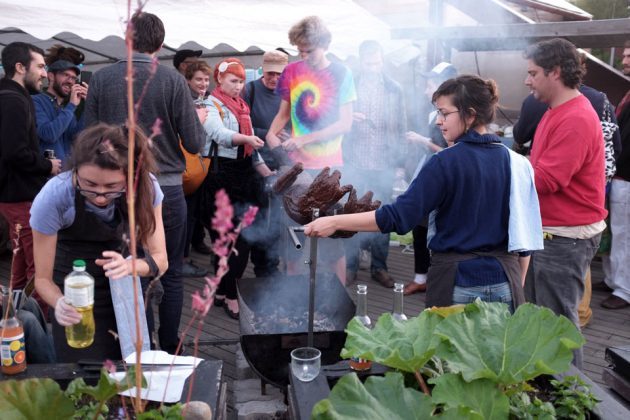 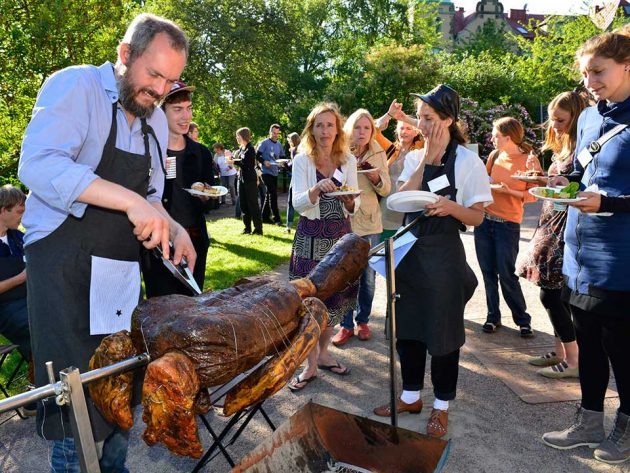