its funny that Louis Vuitton made its name by crafting bespoke travel luggages, but never really got around with a timepiece that speaks traveling, well that’s until now. and no, we seriously didn’t think the Tambour Twin Chrono qualifies as a worldtimer in anyway and therefore, we would obliged to think that this $67,500 a piece Louis Vuitton Escale Worldtime Watch would be the first actual worldtimer from the Parisian fashion house. featuring an innovative hand painted dial face inspired by the luxury goods maker’s vintage trunk monograms, the Escale Worldtime is probably the first luxury timepiece that we could actually call ‘rad’ – thanks to the colorful details on the dial face where 24 cities and countries calls home. 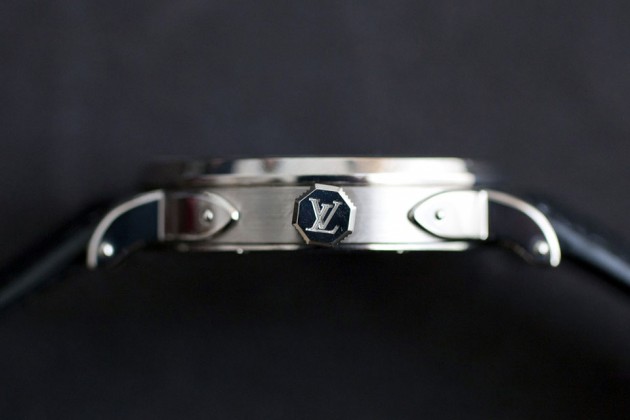 the stunning work-of-art lay encased in a 41mm white gold case (we rather it be 46mm, really) with lugs that reminiscences of the corners found in Louis Vuitton trunks. as you might have already noticed, the watch trades its hands in favor of rotating rings to tell time, which is a nice touch and one befitting a worldtimer watch, albeit also one that might need some getting use to. another notable design feature is the graphics, namely the Louis Vuitton branding and the yellow arrow, which is actually painted on the underside of the sapphire crystal, giving them the illusion of suspended objects. all these adds up to rather busy dial face, but a pretty one, nonetheless. if only we could shell out that $67,500 asking price. if only. 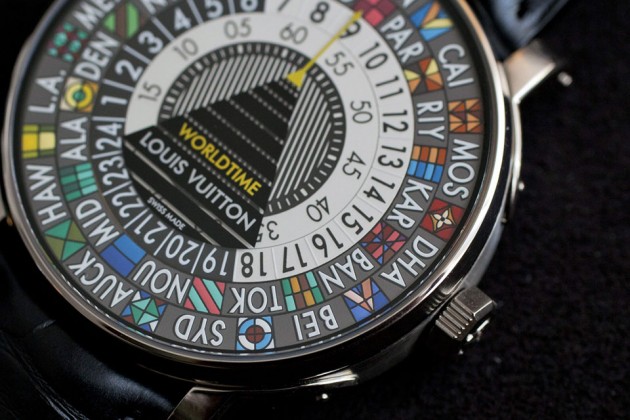 all images courtesy of HODINKEE

via Freshness via HODINKEE