Mercedes-Benz’s design department has dabbled in a variety of design projects including eyewear, furniture, leather goods, yacht and even souping up the interior of private helicopters. It suffice to say that when it comes to luxury in mobile, it is kind of the German automaker’s forte. It has taken its know-how in VIP pampering to a greater height in quite a literal way by collaborating with German aircraft interior specialist, Lufthansa Technik, to create luxury VIP cabins that looks like luxury home away from home. The concept has, apparently, been completed and showcased at the recent EBACE 2015 – the show which saw the debut of Mercedes’ Eurocopter cabin design in 2012. Catering to the airline company’s fleet of short- and medium-haul aircraft, the luxe up cabin throws out everything you may know about aircraft cabin and replaces it with an organic, flowing design that dispense with separation between ceiling, wall and floor. 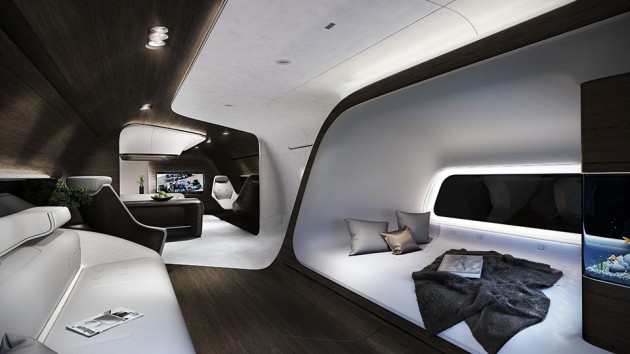 The design also integrates furniture like chairs, couch, tables and beds, as part of the “one-piece suite” concept. The result is a new sense of space, which is further accentuate Mercedes’ emphasis on contest in terms of material, color and lighting. And it is state-of-the-art too, adopting Mercedes-Benz Magic Sky technology on the windows which allow the windows to be electrically dimmed from black to transparent. These black panels can also be integrated with displays and touchscreens catering to travelers’ infotainment needs.

The Lufthansa Technik VIP Aircraft Cabin by Mercedes-Benz Style will be air travelling like no other. But before you start calling Lufthansa about it, you have to know that it is still at the concept stage. A couple of months is needed to evaluate the general level of customer interest on the VIP market, plus, further detailing of the design concept. So, don’t even start thinking of how much it will cost per ticket. Obviously, an arm and a leg is for sure; the question is “to what extend?” 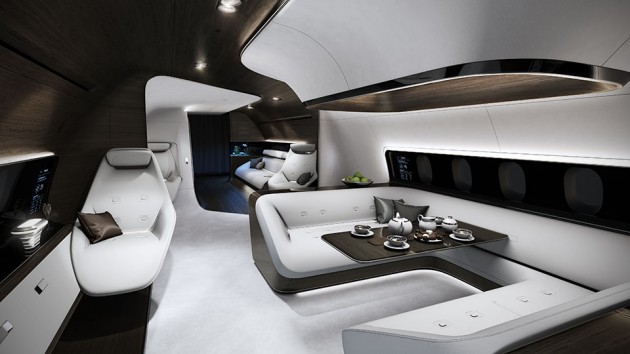 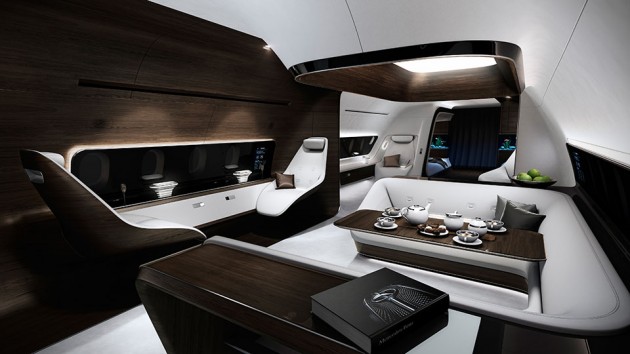 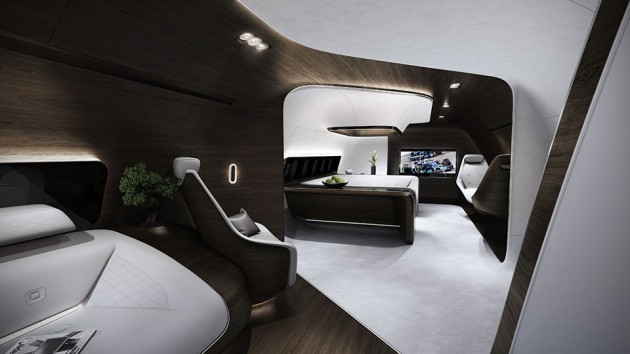