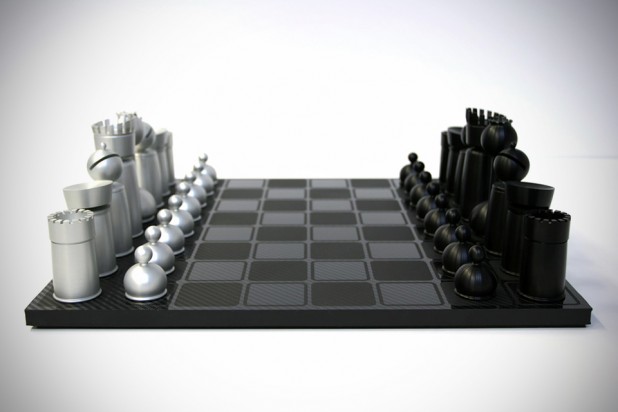 when chess first began, it wasn’t for really meant for the society’s elites, well, at least not in the very beginning until when it reached Europe where it evolved to have a social value attached to it and therefore, it is seen as a prestigious pastime for the nobility and high society. however in modern society, it is not so much seen as such but you can reboot its former glory with this $1,950 Mars Made Custom Chess Set that features chess pieces precision-machined in solid aluminum and available in several anodized finishes, matched with either an etched carbon fiber or back-painted glass board. yes, it is insanely expensive as far as a chess set goes but how else would it match your century old castle? though it helps if you have a modernized castle cos’ these pieces do not bear your usual castle and knight icons. larger views after the break.

Mars made via Cool Material