If cable has been the major reason why you are not getting a pair of Marshall Headphones, then perhaps the Marshall Headphones Major II Bluetooth Headphones will come as a welcome news. This first wireless headphones from the legendary guitar amp maker takes the Major II and introduce it with Bluetooth aptX to enable high-quality wireless audio streaming and a battery pack that boasts an industry-leading 30 hours of wireless playtime. The audio cans is also outfitted with a neat analog control knob – in brass finish, no less – that lets you control all aspect of the music including play, pause, shuffle and adjust the volume. 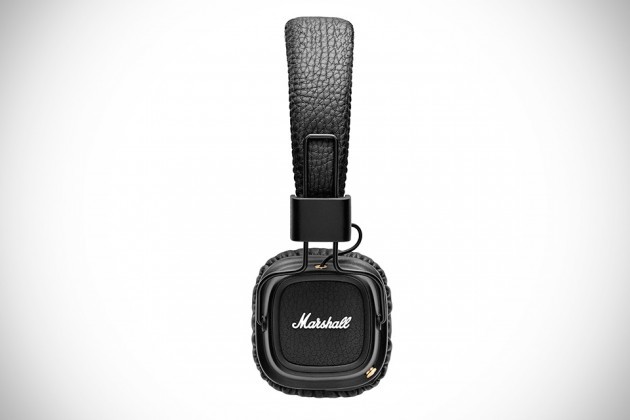 The knob also allows you to answer, reject or end a call with a few simple clicks. And there’s of course, a built-in microphone that make conversations possible and also lets you record voice memos via the headphone. Apart from being wireless with phone functionality, the Major II Bluetooth shares identical features with its wired counterpart, including a collapsible design for ease of storage when not in use, 40mm dynamic drivers, 99dB SPL sensitivity, 64 ohm impedance and a frequency response of 10Hz through to 20kHz. 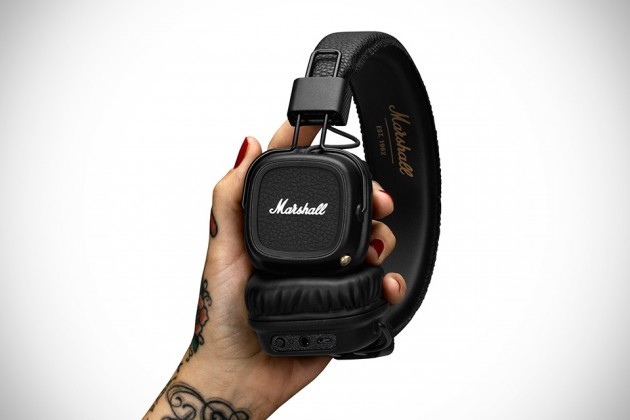 Though wireless, it does come with a detachable double-ended coil cord, complete with mic and remote, which can be used when the battery conks out. Additionally, when the device is on wireless mode, the free 3.5mm socket can be used to share audio with your buds – just hook up a wired headphone to the 3.5mm socket and two person can head bang to your favorite rock tunes. In unison, of course, else you guys will be detaching from each other pretty soon.

Marshall Headphones Major II Bluetooth Headphones will be available later this Spring in U.S. for $149. However, it is already available as we speak for those outside of the U.S., in countries like the U.K. and Singapore (£129 and US$149, respectively). 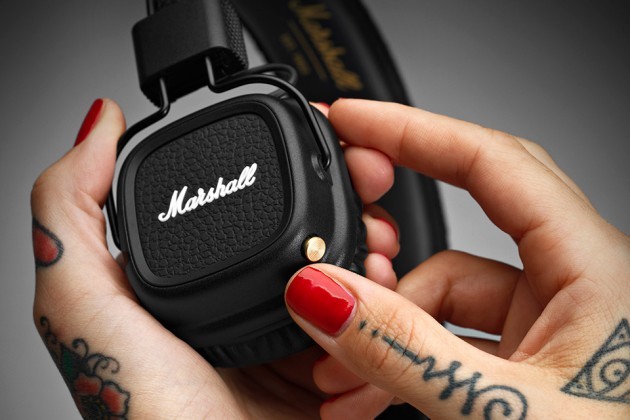 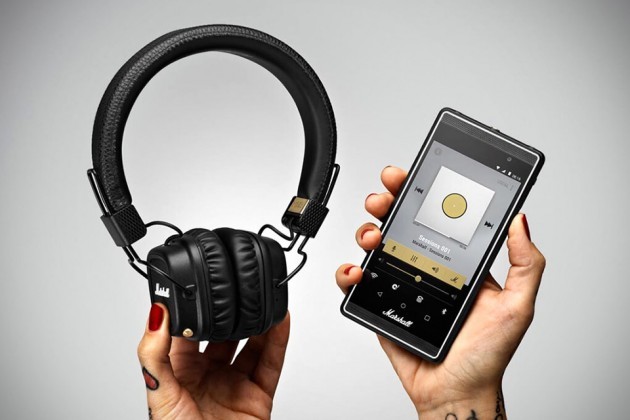 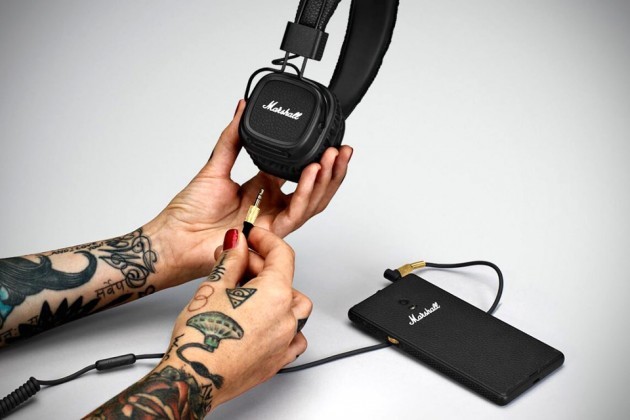