Movie-themed kitchen appliances are nothing new. Just ask Star Wars. But when a celebrity like Robert Downey Jr., who’s career was literally given a second life with Iron Man and Avengers franchises, took to Facebook to let his fans know about an Iron Man-themed coffee maker, it can go viral pretty quickly. So, yeah, there is an Iron Man-themed pod-style coffee maker in the market and fortunately for everyone else who isn’t a genius, billionaire, playboy philanthropist, you can own one too. Well, whipping up a cup of joe is one feature the super high-tech armored suit has that fans didn’t know until now. Like, who knew Iron Man suit makes coffee too, right? 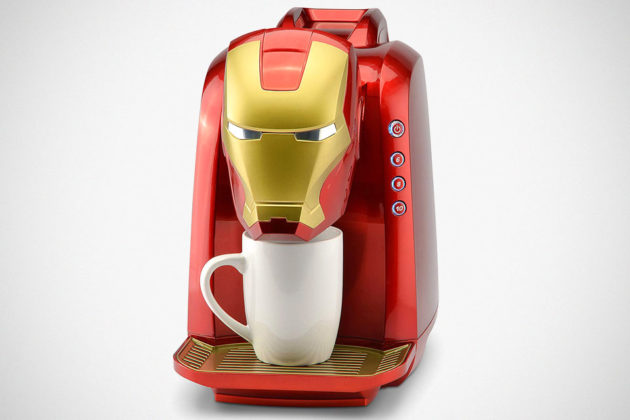 Aesthetically, it is what you come to expect of an Iron Man-themed product. It gets the familiar hot rod red and gold colorway and there is the iconic Iron Man face plate. True as an Iron Man armored suit, the front plate is flip-able; flipping up to reveal the joe-dispensing contraption. This machine is a single-serve coffee maker which can brew 6, 8 or 10 ounces (0.18, 0.24 or 0.30 liters) each time, and it comes equipped with a 40 ounce (1.2L) removable water tank. Like coffee maker of such nature, the drip tray can be removed to accommodate taller mugs, but unlike ‘coffee maker of such nature’, it has one other interesting feature: it has a ground coffee adapter that lets you make coffee with your favorite ground coffee if Keurig pod, which it uses, is not your cuppa.

I think this coffee maker is absolutely dope. But I think it will be even more cooler if it works with Alexa skills which you can just ask “Javis, make cup of Joe.” Just a thought there. You can find Marvel Iron Man Coffee Maker going for a non-billionaire $129.99 on Amazon. 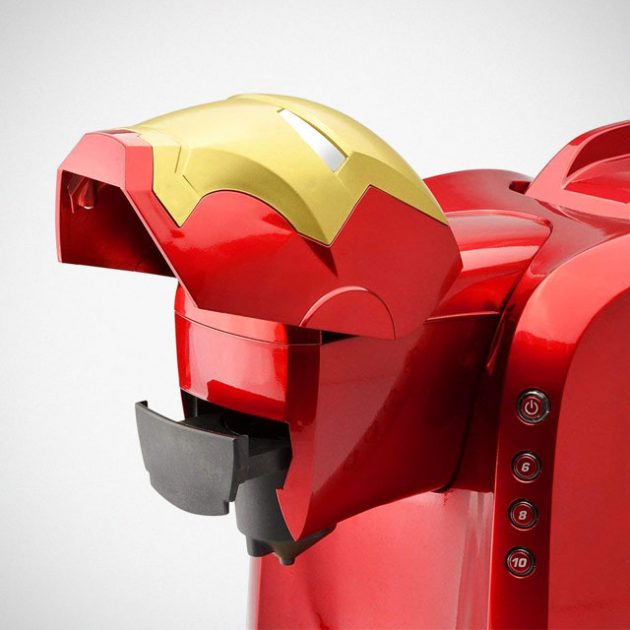 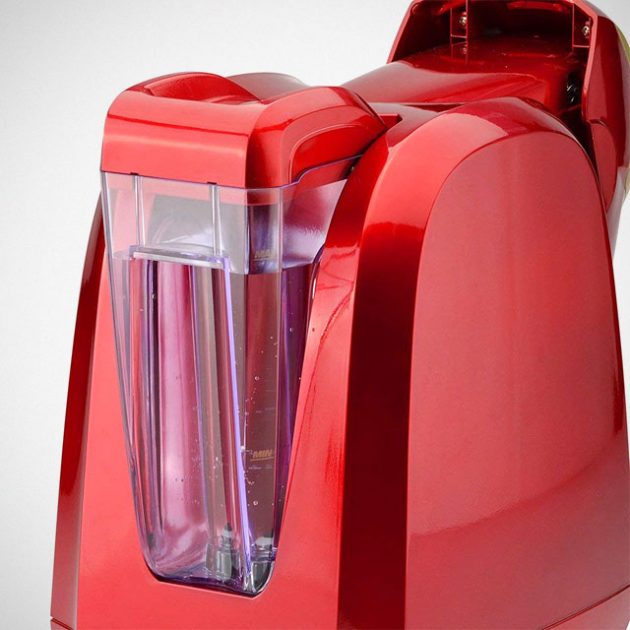