We are not sure if kids of today will be going gaga over a VR-based ‘toy’, but for those who grew up mucking around with View-Master like we do, we are certainly thrilled. So yes. View-Master is making a comeback and it is working with Google to put virtual reality into the mix. Forget about the flimsy discs, this 21st century take of the toy first introduced back in 1939 is based on Google’s virtual reality platform, Cardboard. That said, it is not surprising that the new generation View-Master is designed to be more like today’s VR headsets, complete with a slot to accommodate an Android smartphone that will be responsible for producing the images. Like its forebears, this modern day take of the View-Master also lets you view images (obviously), but it does so without reels and goes beyond 3D by letting you “visit” famous places, landmarks, nature and even planets (such as the moon) in 360-degree ‘photospheres’. 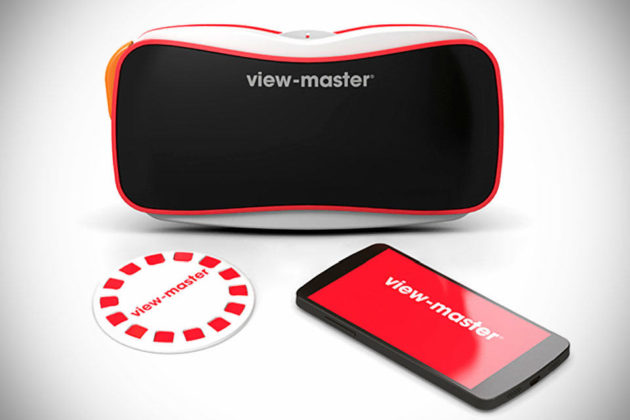 With VR in the equation, View-Master, for the first time, could be considered as an educational tool. Now, not only do you get to visit those places, you will get to ‘roam’ around the area, learn about the places such as its history and more – all while seated comfortably in your favourite couch half-way round the world. The new generation View-Master by Mattel and Google is slated to hit the stores this Fall for $29.99, which will include a sample experience reel. The sample reel will include “a gallery of classic View-Master images, a journey into space with a tour inside a space shuttle, and a chance to explore a unique destination in 360 degrees.” There will be additional experience reel packs, each with its own theme, which you can acquire for $14.99 a pack when it becomes available, presumably, at the time of the View-Master official availability.