25 years is long time for model in the automotive world and that’s a reason good enough for Mazda to celebrate the two-and-half decades of the MX-5 Roadster. first unveiled at the New York Auto Show in April, the Mazda MX-5 Roadster Coupe 2.0-liter 25th Anniversary Limited Edition will go on sale on August 1, 2014 with only 1,000 units available worldwide. a thousand is a minuscule number, but for folks in UK has a wee bit to rejoice as 75 percent of the lot, aka 750 units will be heading to the UK market, while the rest of the world will have to vie for the other 250 examples. the number reserved for UK shouldn’t be a surprise at all; British are traditionally known for their love for open-top motoring. 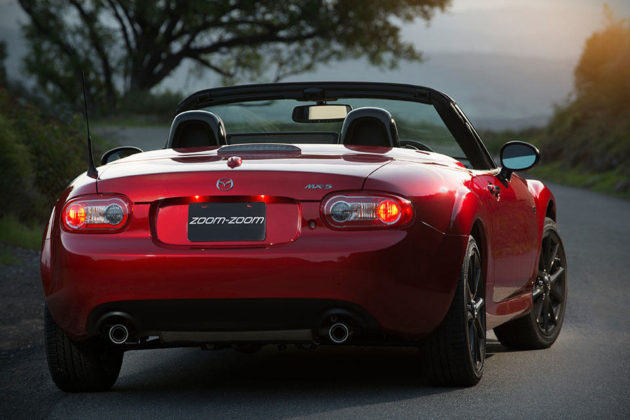 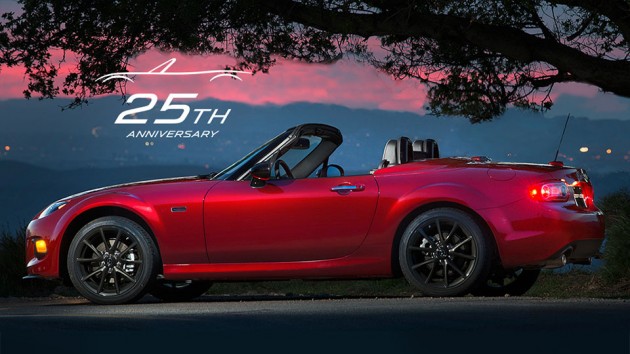 as expected, the anniversary edition is purely cosmetics. under the hood, it is still the same 160PS 2.0-liter petrol unit mated to a short-throw six-speed manual gearbox that allows this compact, topless beauty to zip from standstill to 62 mph in under 8 seconds and achieving a top speed of 136 mph (218 km/h). prior to going on sale, the Mazda will be showing the 25th anniversary special at the upcoming 2014 Goodwood Festival of Speed later this month. interested UK residents can register with Mazda UK to be the among the first to know when the book is open.