Though its creator refers it to as the “first iPhone case with a built-in selfie stick”, it is hardly the selfie stick that you know. Basically what this iPhone case, dubbed Popsicase Évas (Greek for the number 1), has is a built in handle. Handle as in like those handle of brushes and similar objects. Think you get the idea. The neat part is, this ‘handle’ is part of the case, which when not in use, slides in neatly into the case and when you need it, just slide it back out. Looking at it, the case does look kind of like a popsicle when the handle is extended, which is perhaps why the case is called Popsicase. So far, the prototype is looking pretty awesome and we love the choice of pastel colors, which further give it the popsicle feel. We have to be honest: there is no mention of access to buttons and ports, but we are assuming that it should have unhindered access to those. 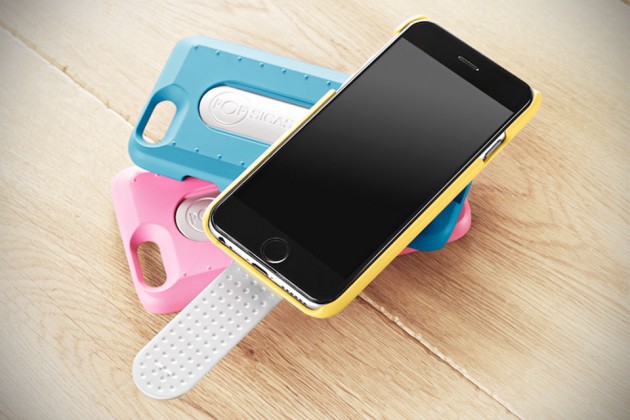 It is noteworthy that most iPhone cases have issue with headphone jack and charging cable, other than the original Apple accessories. We are not saying Popsicase may have such issue, but the potential is there due to the fact that third party accessories such as headphones and charging cable don’t usually have slim, minimalist connector jackets like the originals, which the openings of most cases are based on. Anyways, will a handle makes taking selfie a lot easier? Apparently it does and its creators also think it is perfect for checking messages on the move (not recommended by us, btw), for talking, and for playing. Not sure about the last one though, but we suggest you check out the video below to see it in action and judge for yourself if Popsicase is for you.

Popsicase is a Spanish product and is designed and made in Barcelona, Spain. At this point, it is preparing to take a leap from prototype to product with the help of Kickstarter where you can pre-order one for 25 bucks. As with any Kickstarter project, it will only materialize if the campaign hits or surpasses its set funding goal. Keep going for the product pitch video. 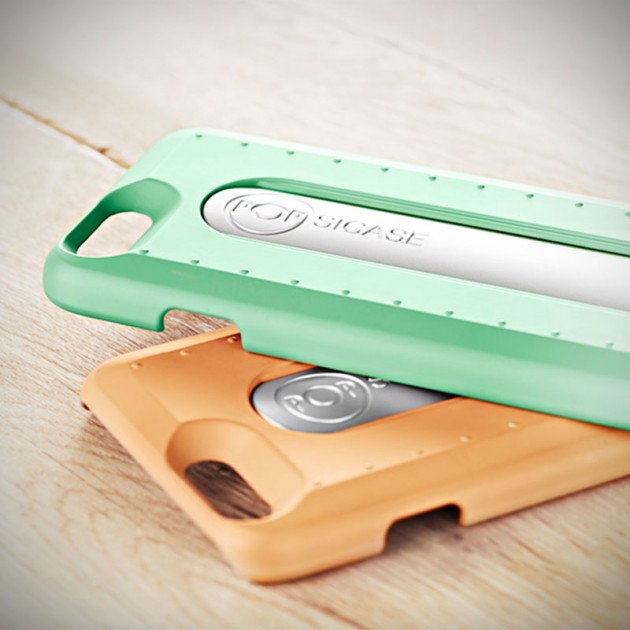