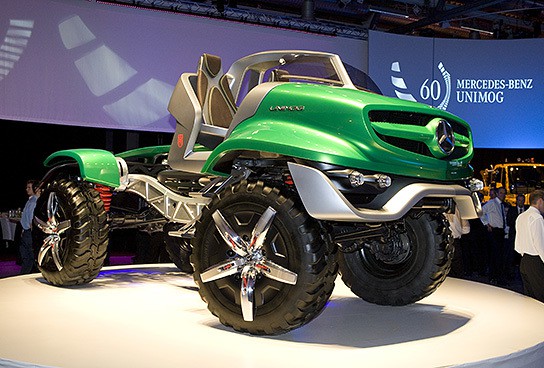 Mercedes-Benz utility truck Unimog has come a long way since its founding in 1950s. this year marks the 60th year of Unimog and beside the earlier announced collaboration with LEGO for the scale Technic model, Mercedes-Benz has unveiled an Unimog concept based on the proven off-road mobility of the U 5000 model. the concept was formally unveiled on the June 3 at the Customer Center of the Mercedes-Benz Plant in Wörth.
[ad#Google Adsense-text-468×60]

as you can see from the image above, it is a bold concept that bears a open cab design and the coil spring that makes this truck so versatile are painted in red, highlighting its role in the Unimog vehicle. this design is created jointly between Mercedes-Benz Special Trucks (MBS) development team, the Daimler commercial vehicle designers in Sindelfingen and a model designing partner. nothing beyond aesthetic, such as the engine and drive train are made known. then again, it doesn’t matter, as this concept has a chassis based on the Unimog U 5000 that has already proven itself for its outstanding off-road capabilities.

i have special affinity to Unimog, which is perhaps why i am featuring this. years ago, i had the utmost pleasure to be working on maintaining Unimog as part of my tour in the armed forces. speaking as a technical person, i must say it’s durability is undisputed and the ease of maintenance is definitely a bonus to technician like us.

[updated with more official renders from Daimler, check them out after the break – July 14, 2011]
NOW READ  Limited-edition Maybach by Virgil Abloh 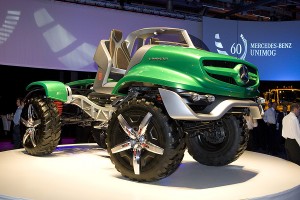 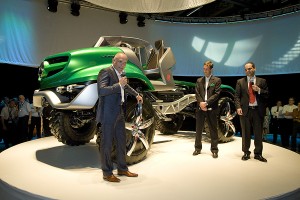