thicker than necessary iPhone case usually turns us off, but if there’s one that looks like part of Mark VII Iron Man suit, we’d turn a blind eye to the size factor and the same goes to this Metal Gear Solid iDroid iPhone Case which Hideo Kojima, the man behind Metal Gear Solid franchise, tweeted about. the case, made by Sentinel Toys, masquerades your iPhone as an iDroid device that Snake uses during his Camp Omega infiltration missions. install and fire up the new MGSV:GZ app and you can pretend that you are actually using the iDroid, but of course, the app won’t offer the functionality as Snake‘s but it will provide you with the map, plus a bunch of information to extend your Ground Zeroes game play experience, which is about as close to being Snake as you can get. 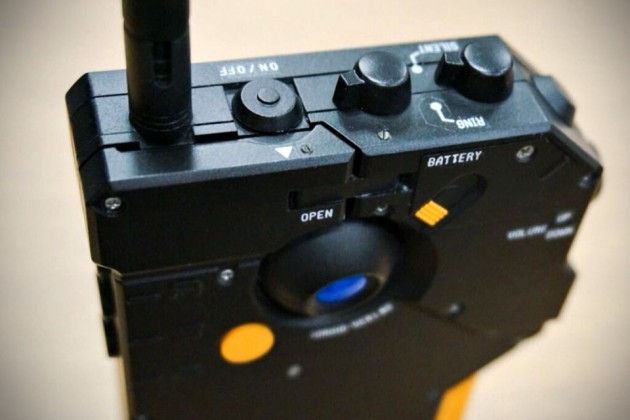 apart from looking pretty and being a potential cosplay accessory (if you like dressing up as Snake), the case also packs some nifty features including a blue spherical light in place of the in-game device’s holographic projector, a super cool volume rocker, a panel that opens up to reveal the iPhone’s camera, and a non-functional antenna that is actually a stylus. according to a retweet by Hideo, the Metal Gear Solid iDroid iPhone Case will be available in Japan this October for 7,500.00 Yen (about US$74). whether it will be available beyond the Land of the Rising Sun is unclear. in case you are not familiar what the iDroid is, there is an in-game clip after the fold to show you what it is.