with regard to the now legendary Han Solo in Carbonite stuff, you have to be either a huge Jabba fan or basically, loves Solo so much that you want the carbonite version of him to be part of your man cave. regardless of where you stand, you can now score yourself one Life-size Han Solo In Carbonite Figure, complete with film-accurate light effects in the base, side panels and rear power canister that makes it look like it came right out of the The Empire Strikes Back set. measuring a cool seven-and-a-half foot tall, this replica of Boba Fett‘s prized bounty makes for a good trophy/decor piece for your at-home cosplay party where you can one) dress up as Boba Fett, or two), God forbids, cosplay as Jabba the Hutt (who’s playing Leia?). 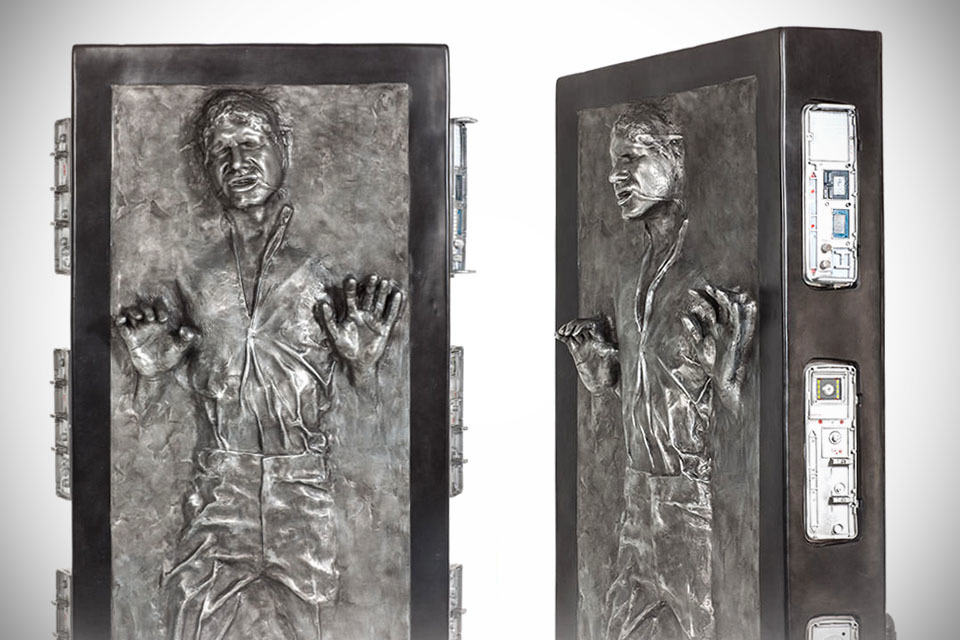 the Life-size Han Solo In Carbonite Figure will require some form of assembly, but not worry, as it will come with a full-color detailed instruction on how to go about doing so. apart from that, you will have to be prepared to part with $6,999 of your asset. yes. that’s definitely a ‘ouch’ there for most earthlings like us. but you could always settle for the decal version which cost a fraction of this towering 3D piece. your choice. pre-order opens today (though we haven’t actually see it being listed at the time of this writing). 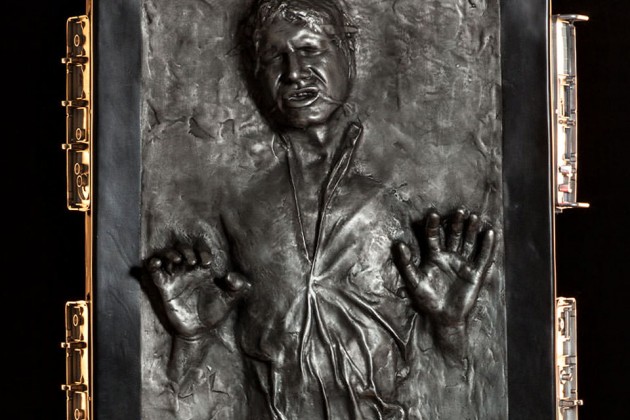 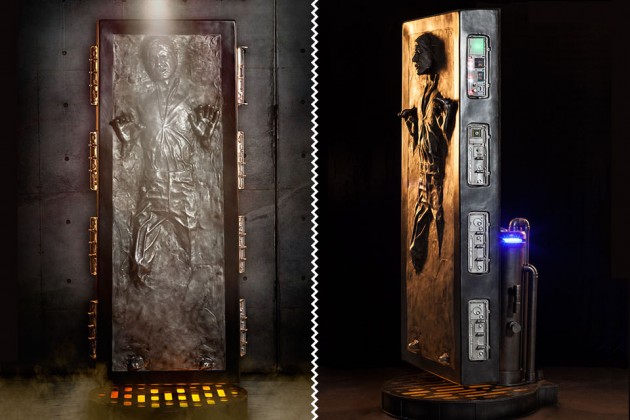