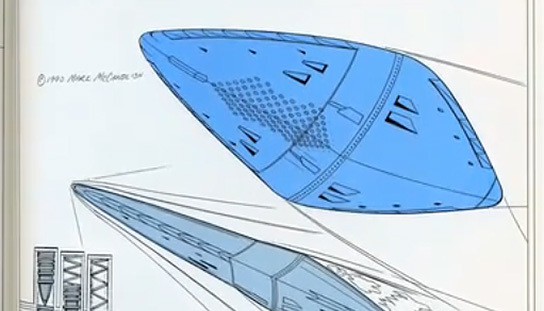 this is actually second installment of Project Camelot Productions‘ interview with Michael Schratt (click here to catch Part One of the interview), entitled Code Blue. Michael Schratt, self-professed aerospace historian talked about UFO, above top secret and so-called US government’s black budget aircraft. in this lengthy interview by Kerry Cassidy, Michael stressed that most of the so-called UFO sightings might have been some top secret government aircrafts and if this is so, he hopes that these future tech that the government possessed could be be declassified and the technologies shared to improve humanity’s life. wow. running through the video, Michael picked up a few examples of the probable black project aircrafts, some seems to be really technologically mind-boggling, while some were just plain weird or alien-like. go ahead and catch the video after the break, but be warned, this video interview will take an hour and eleven minutes of your life away.
[ad#Google Adsense-text-468×60]