moped is a two-wheeler that boldly straddles between a trial bike and a mountain bike, and it is a vehicle that you either hate it or love it. if you belong to the former, then this upcoming moped may not only persuade you to change camp, but possibly scrambling for one. aptly called Motoped Survival Bike: Black Ops Edition, it has military written all-over it and while it may not stray much from the standard Motoped we saw last year, with power coming from a petite 49cc four-stroke engine and composing of stuff like custom frame and off-the-rack mountain bike components, but we are sure its military garb will have your attention. and if that doesn’t convince you to drop your money, then we are sure that its long list of gear survival gear will seal the deal and have you begging Motopeds to take your money. oh yeah, we are 100% sure they will. 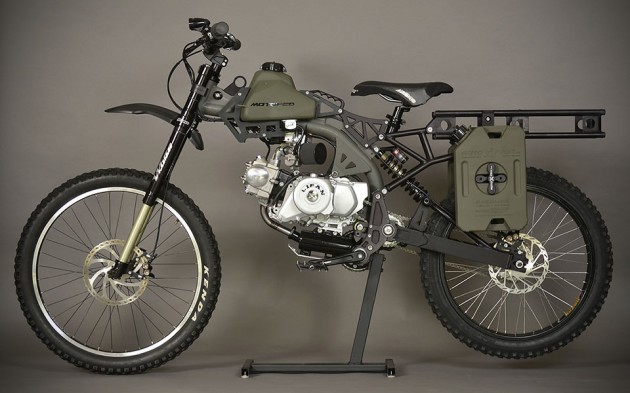 the lineup of goodies include a compound crossbow, a harpoon, a tomahawk, one-gallon jerry cans with extra gas, a survival shovel, a blade saw from Gerber, carabiners and climbing rope, tactical multifunction knife and light combo and the list goes on and on. well, it may not haul as much as an apocalypse car could, but it has enough while letting you rip through the dense hostile forest with relative ease. now, tell me if your prowl-equipped car can do that. this moped truly belongs to the jungle and possibly as part of the gear that will help you get through the apocalypse. but before your butt can rest on this hybrid steed, you need to work doubly hard, probably do double shift or whatever, cos’ this beast has a sticker that starts at $1,999 and that’s without the engine. harsh fact. but you still want it, don’t you? a couple more look after the fold. 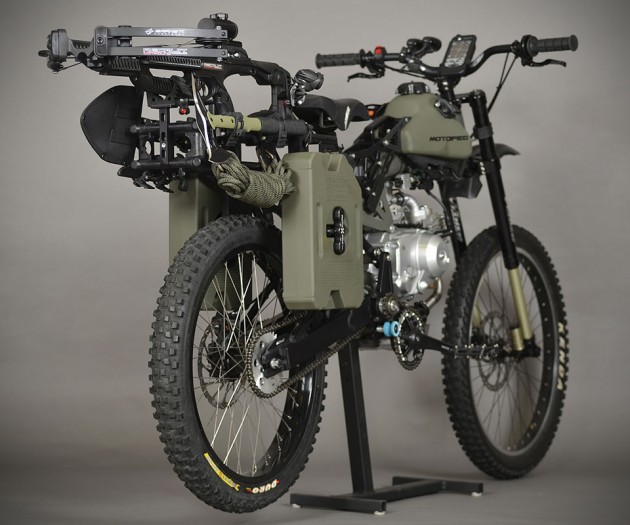 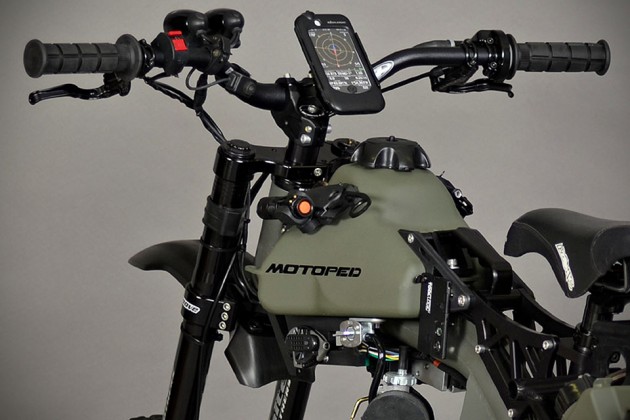