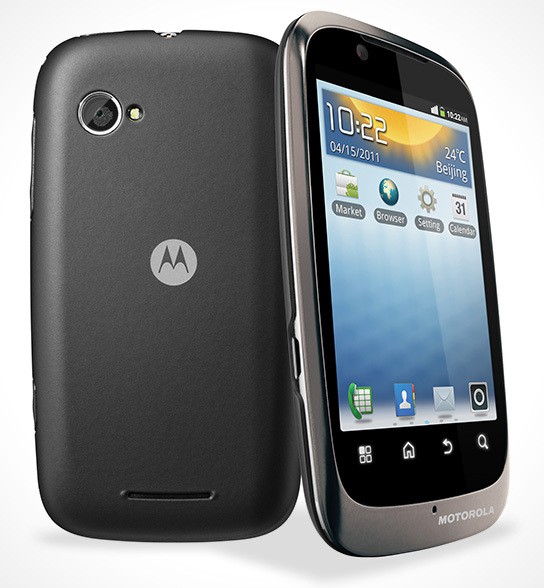 Motorola has just announced its newest addition to its growing list of Android handset. dubbed the Motorola XT531 Smartphone, it is touted to be a budget-friendly Android smartphone that runs on Android latest 2.3 Operating System (aka Gingerbread) but just exactly how ‘budget’ it is remains to be seen. China will be the first country to received this handset this month, followed by Hong Kong, Taiwan and selected countries in Europe and Latin America starting this Fall.
[ad#Google Adsense-text-468×60]

despite being a ‘budget’ handset, specifications remain decent with 3.5-inch HVGA capacitive touchscreen display, rear facing 5.0-megapixels autofocus camera with flash, front-facing VGA camera, built-in FM radio, MP3 player, 512-MB of memory, expandable up to 32-GB via microSD card, 800-MHz processor, WiFi enabled and it is also packed with a host of sensors that includes proximity sensor, ambient light sensor, as well as accelerometer. no mention of Bluetooth which i assume has been left out, perhaps due to cost constraint. the phone comes equipped with a 1,540 mAh battery that’s good for up to 8-hours of talk time and up to 28-days of standby time.