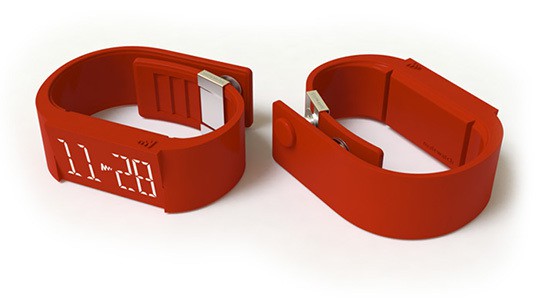 if you think Tokyoflash kind of way of telling time from your wrist is too much for you and sun dial isn’t going to work either, the Mutewatch is another alternative. and guess what? it is a touchscreen watch. surprise? i guess not. what else isn’t touchscreen these days? the Mutewatch has touch sensitive screen where time will appear only if you tap on the screen and wait till you hear this: using gestures such as swiping horizontally or vertically, changes the functions and set the time respectively. if swiping your iPad or smartphone isn’t enough, get this. the Mutewatch is available for pre-order @ €199.