Dino fans with a taste for nachos, or any snack for that matter, will not want to eat nachos out of a regular glass bowl, or foil packaging. You will want the Barbuzzo NACHOsaurus Dip and Snack Dish Set, why? Because, Stegosaurus. When empty, it appears to be a Stegosaurus with a serious fin (anatomically correct term: plates) crisis, but throw in a bunch of thoughtfully placed nacho chips and it totally looks like a model of a Stegosaurus… with very tasty fins. Yummy.

What’s more, Stegosaurus isn’t alone. It is accompanied by a dip bowls that resemble a well made out of dirt. Of course, the dip bowl isn’t made of dirt. It is just a food-safe dip bowl which you top with your favorite sauce(s) to go with your nacho chips and little Stegosaurus can enjoy slurping some of those sauces too. While nacho chips are certainly apt for this novel snack paraphernalia, you are limited to the corn-based snack; you can be creative, stuffing it with French fries, popcorn, nuts, pretzels, or what ever you can think that can fit the Stegosaurus’ voluminous back.

If nacho isn’t your cuppa, fret not because, there’s also a TACOsaurus Rex and TriceraTACO for Taco lovers. Though, I though the Rex is not quite as apt as a taco holder as the Triceratop. Just saying. You can find Barbuzzo NACHOsaurus Dip and Snack Dish Set on Amazon going for $14.40 and as for the TACOsaurus Rex and TriceraTACO, they are $14.75 and $11.71, respectively. 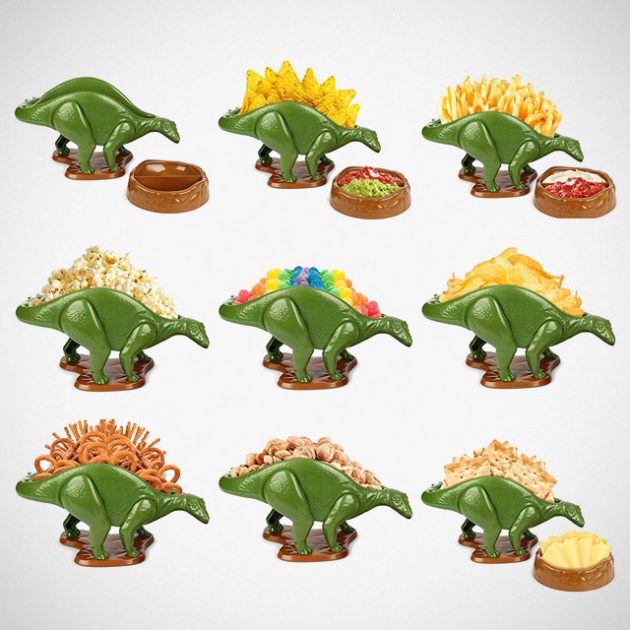 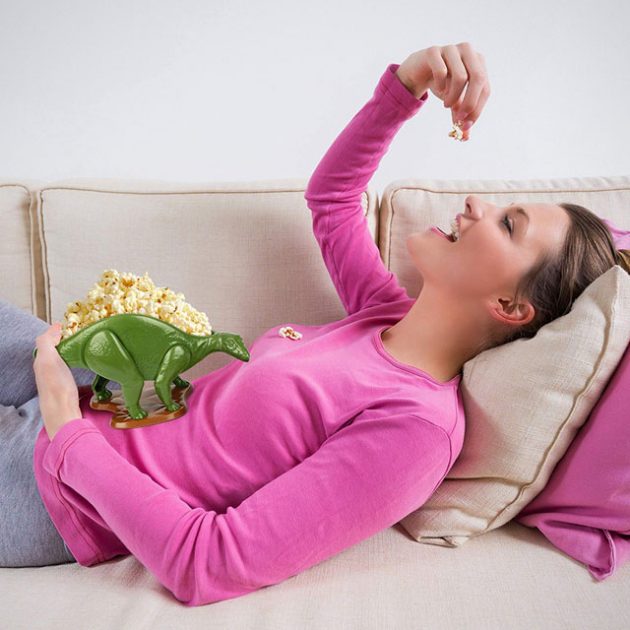 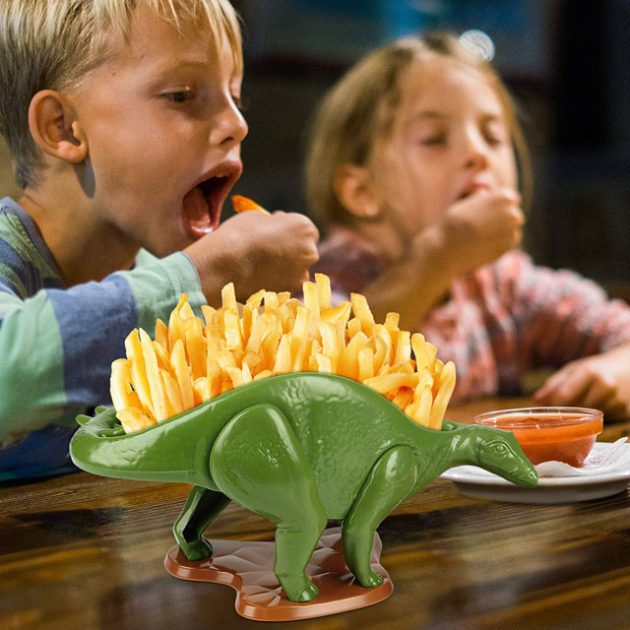