In what could be the most bizarre traffic offense in modern day, a New Orleans resident by the name of Donald Schultz has been repeatedly issued with speeding tickets for his parked pickup truck. Like so many suburban Americans, Schultz has to park his car along the roadside outside his home. While seemingly harmless act, he has received at least ten speeding tickets associated with his Nissan Frontier. The question is, what on Earth is happening here? How a vehicle, which isn’t moving and no driver inside, will be mistaken for making over going the speed limit?

As it turns out it does need the gang in Mystery Machine to solve the riddle because it purely an error caused both human and machine. Not his Frontier, though. The speed camera. You see, the camera was position at a location that, when a speed vehicle triggers the 35 mph limit speed camera, it failed to register the speed vehicle. Instead, it picked up the stationary pick up in the background. Ahhh… mystery solved. But one question remains: why, the technician and the NOPD officer-in-charge, did not notice that the pick up they were issuing the citations were stationary? 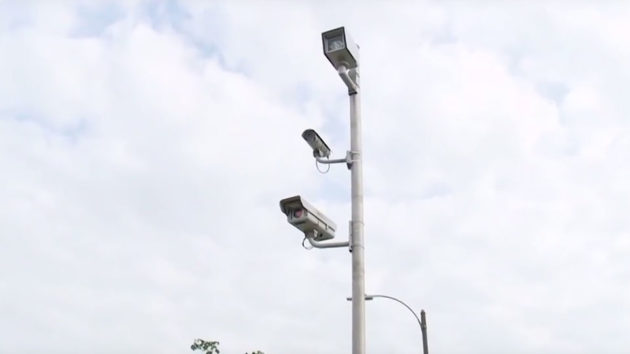 What’s more amazing was, this thing has been going on for seven-long-years and every time Schultz received a ticket, he had to make a trip to City Hall to get the ticket overturned. Imagine doing that ever so often for seven years. Man, that must have sucked. Schultz did be right that he don’t know what to trust anymore. Most critically, why no one noticed that it is always the same vehicle on the same street? I mean, what are the odds of a person keep doing the same thing despite knowing he’d be cited? Isn’t this worthy of an investigation?

NOW READ  In Japan, You Can Buy A Pair Of Jeans Torn By Actual Lions

However, the nagging problem came to a halt in 2016 when a contractor re-positioned the speed camera, but unfortunately, the relief wasn’t for long. End of last month, for some reasons, the speed camera was moved back to where it was and the cycle starts over again. So far, Schultz has been issued with two tickets in April alone, with the most recent one was triggered by a New Orleans Police Department’s vehicle. Ironical? Absolutely.

So, what could be the reason(s) behind this blind citations? There is no doubt speed cameras are in place to deter speeding and in the event that people do not heed the warning, the money collected from these fines goes toward the city. And with around $23 million pulled in by these cameras per year, it makes you wonder what is the real intention of this form of deterrence. Is it really for the good of the people? Whether is it money first, or public safety first?

You catch the full report by WWLTV in the video embedded below.