The thing that rule our real world is money and maybe nuclear weapons, but in the Marvel Universe, the one object that rules everything had to be the Infinity Gauntlet, with all the six crazy powerful gems, of course. With it, the wearer will be bestowed with unimaginable power that would be enough to push a parallel Earth away from this Earth to prevent a collision. That’s the fictional world. In the real world, we have it too and it is called Avengers Infinity War Gauntlet… Hat. Yep. A hat. Not even the LoL Infinity Mitten. Sad. Oh well, I guess we will make do somehow. 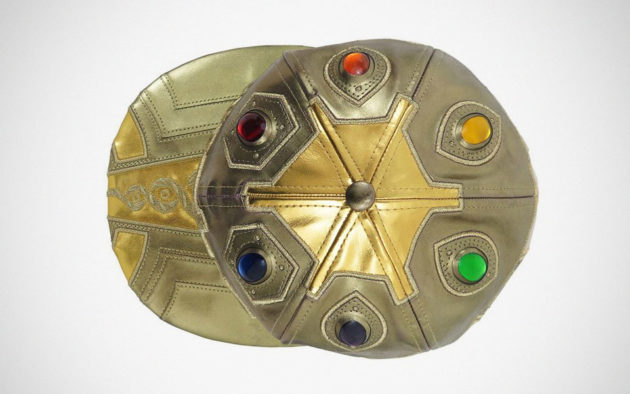 So, what power does this Avengers Infinity War Gauntlet Hat possess? About that… actually it has none. As a consolation, it does look like the Mad Titan’s favorite gems-adorned glove got reworked into a hat. In fact, it looks like something Thanos would wear if he ever go to a baseball game. The hat is, btw, is based on 59Fifty model from New Era Cap Company. So, it is downright Earthly. It isn’t make of some galactic metal, though. It is of star-encrusted polyester, else it would be called a helmet. 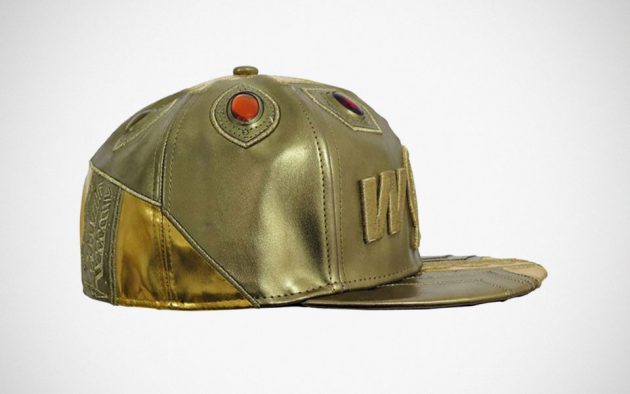 In addition, it has everything, including the all six infinity gems (fake ones, of course), accurate accents, stitching that simulates layered gauntlet plating and what not. In addition, it boasts some features which Thanos’ precious glove does not have and these include a large Infinity War logo on the front panel, a depiction of the evil warlord’s Infinity Gauntlet under the bill, and a cap lining featuring six illustrations – each for a specific Infinity Stone and accompanied by the Marvel hero who had personal dealings with each said stone. 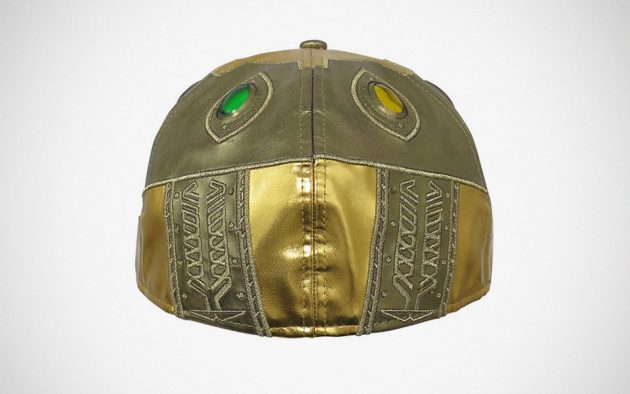 The Avengers Infinity War Gauntlet Hat is a SuperHeroStuff exclusive and you can secure one by pre-ordering on SuperHeroStuff web store for an almost infinity priced $99.99 a pop. That seems like princely sum for a hat, don’t you think? Well, I guess at least you don’t have to travel the galaxy, killing a bunch of heroes to gather the stones. They are there for you. Now go paint yourself purple. And if don’t already have bulging muscles, do considering hitting the gym too. 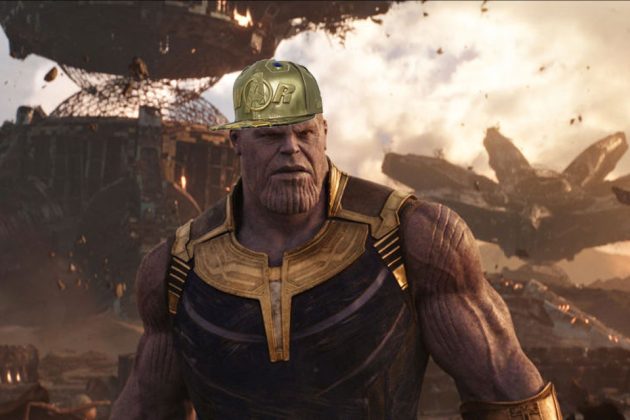