while you are being awed by virtual reality, have you ever thought about what captures those awe-inspiring 360-degree imageries? ok, maybe there aren’t that many content right now, but trust us, there are people out there working hard to get them to you and among them, is a company called NextVR and the rig you see above is what the outfit develops to capture 360-degree imagery for virtual reality. the pic was posted by Red Camera’s Jarred Land and it shows the setup linking six of his company’s 6K Dragon cameras, each worth $29,000, paired to six Canon 8-15mm f/4L fisheye lenses that cost $1,350 a pop. the VR rig also boasts six RED LCD displays costing $1,600 each, plus other unlisted items and the video rig itself, which are not priced. 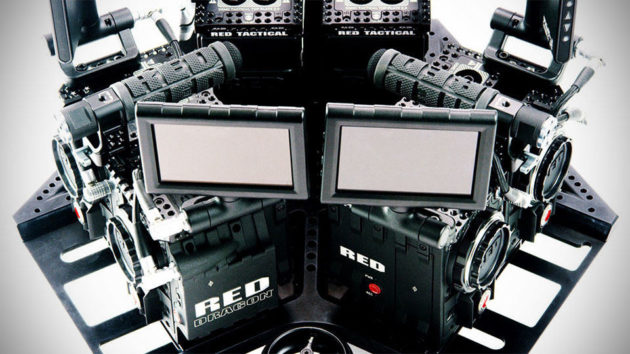 all told, you are looking at a VR camera system that has over $200,000 in equipment. pretty mind-blowing, don’t you think? in case you are wondering, the image above shows the rig without the Canon lenses and was posted by Land on RED’s forums. since the cameras are using fisheye lenses, the setup only needs to have forward-pointing lenses, presumably the fisheye lenses will have the ground cover, so to speak. as more companies are turning out VR headsets, 360-degree virtual reality camera system like this is going to be commonplace and capturing full surround VR will be as common as recording panorama footages. soon enough it will be part and parcel of our everyday multimedia experiences. so are you ready for a potentially nauseating future? 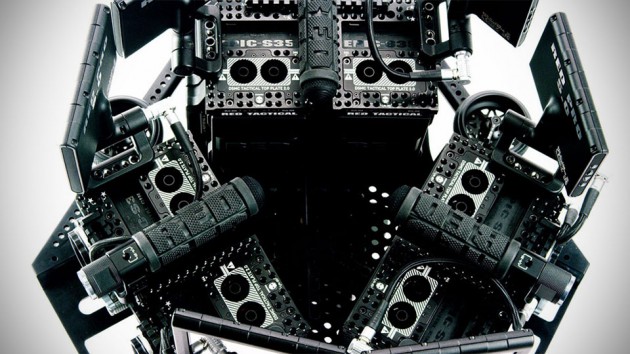