The point of Android OS is to make your smartphone, well, smart, so you can do a lot more things than making voice calls and send text messages. Having said that, it is only natural for one to come to conclusion, almost naturally, that an Android phone will be such, but that’s really not the case for NichePhone-S, an upcoming mobile phone (note, I said ‘mobile phone’) from Japanese company, FutureModel. NichePhone-S is, as the product name suggests, a very niche phone. Why? As you can see, it looks like a glorified calculator, but beneath that, Android 4.2 OS is breathing life to it. Despite so, it does nothing more than voice calls, text messages, and stream music.

It looks like it has an OLED display, which is cool, but don’t expect anything more than text and numerals to be on it. Like the good’ol mobile phones of yesteryear, it has some value added features including voice recording, play back music, and it has Bluetooth connectivity with support for Bluetooth headsets. It even has WiFi too, but for what purpose and intent, I do not know. The limited functionality also brings about practical dimensions. The phone is touted as Japan’s thinnest phone, coming in at 6.5 mm and tipping the scales at mere 38g (1.34 ounce!). 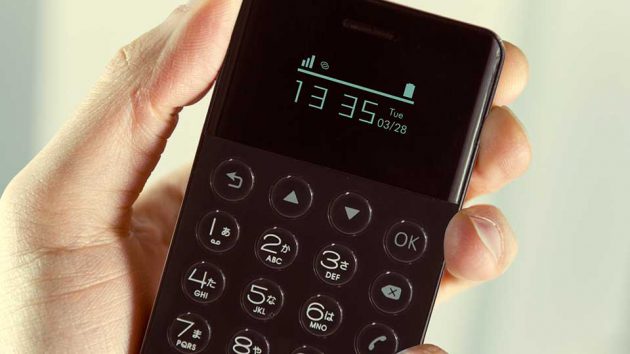 It comes with a 550 mAh that can be recharged using a contact charger, not micro USB. Interesting. If it is cheap enough, we may be interested, but if it is 2G only, then we are out cos’ our home base’s telcos have officially killed 2G network. However, it looks like it will be only available in Japan with an associated price tag of around $95. Product video after the break. 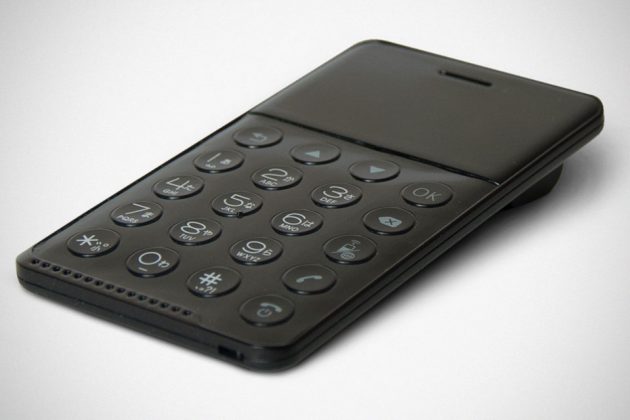