Prior to the UNPACKED event where the new Samsung Galaxy Note9 and the new Galaxy Watch were announced, Samsung has unveiled two new Android tablets, the Galaxy Tab A and the Galaxy Tab S4, without much fanfare. With smartphones so capable these days, it seems like tablets aren’t get as much love, but anyways, here they are, the new Samsung Galaxy Tab A and Galaxy Tab S4. The former is pitched as family entertainment device while the latter is 2-in-1 device marketed as productivity device that features Samsung DeX and S Pen. 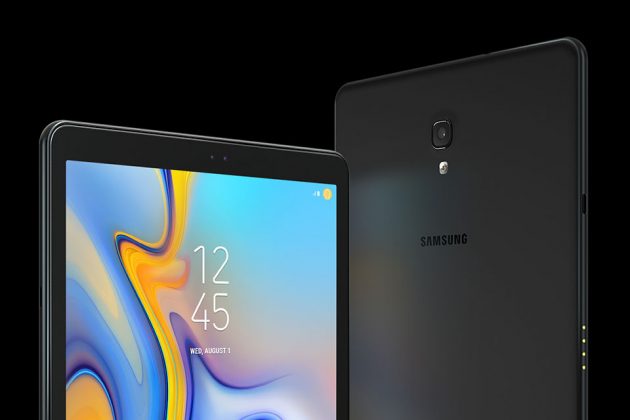 Key features you can expect from this “family-friendly” tablet includes entertainment options and enhanced audio and visual features. There is, of course, Samsung’s SmartThings for managing your home at a touch of a button. Since it is touted as a “family-friendly” tablet, it is only natural that it gives parents control over the content and usage time for times when their kids are using it. Moreover, it also gets a child-friendly tablet interface which Samsung said will make learning and entertainment “simple, safe and fun.” 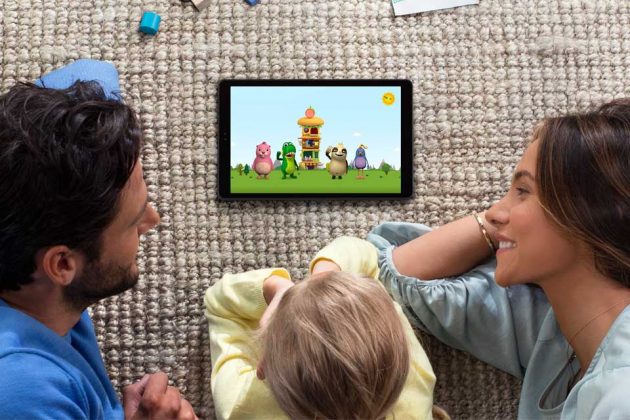 Highlights include a 16:10 aspect ratio 10.5-inch display that touts WUXGA (1,920 x 1,200) resolution offered through a TFT LCD panel, a Qualcomm Snapdragon 450 chip with 1.8 GHz octacore processor, 3 GB RAM and 32 GB storage, microSD support to further expand the storage up to 400 GB, a 8 MP autofocus camera plus a 5 MP camera with flash, USB Type C, a 7,300 mAh battery and the usual garden variety of sensors and positioning, including the likes of 801.22a/b/g/n/ac, WiFi Direct, Bluetooth 4.2, accelerometer and whatnot.

This Android 8.1 device is offered in a choice of WiFi-only and WiFi+LTE models. 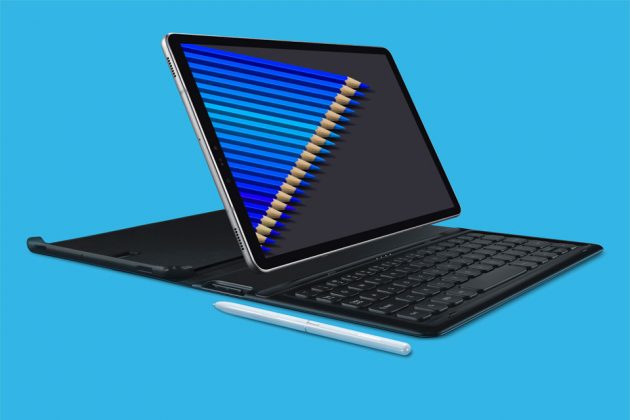 Microsoft is not alone in envisioning that tablets could somehow replaced laptops. Samsung too, has the same vision and the new Samsung Galaxy Tab S4 is the hardware that will help folks who want to do more on the go, both at home and in the office, and everywhere else. The design is, well, Samsung’s kind of sleek, and so, we shan’t dwell on the aesthetics. Lets be honest. Nobody really cares about a tablet design except maybe for Apple. 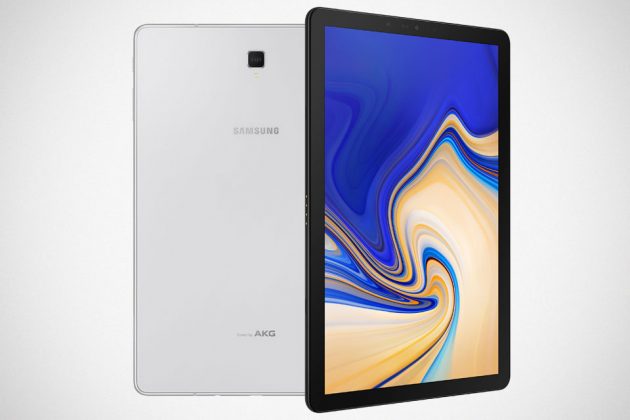 It goes without saying that the usual serving of sensors and positioning are in order. Though it obviously has a lot more over the Tab A. The Tab S4 gets extras like Iris Scanner, Proximity and RGB sensor, as well as GALILEO. This being a workhorse of sort, it also gets Samsung Knox to guard against security breaches and there is of course, Samsung DeX that lets you add an external monitor with an optional HDMI to USB-C multi-port adapter. When connected with an external display, the tablet can serve as a huge-ass trackpad, or a sketch pad while working as a fully functional Android tablet.