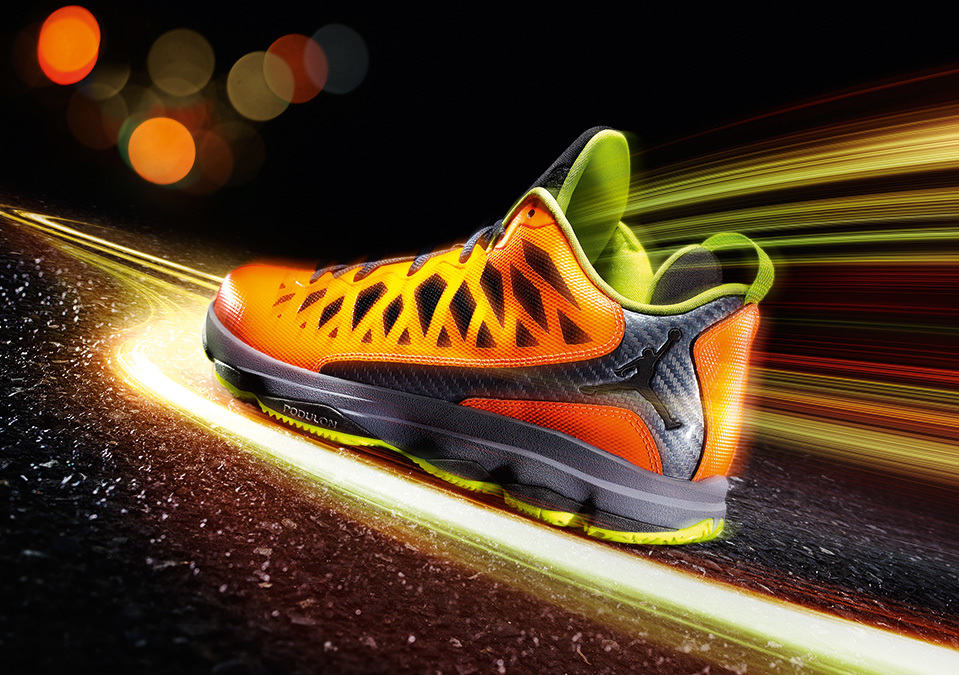 following the mantra of ‘you are what eat’, street-fashion enthusiasts would probably go by their own adage of ‘you are what you wear’ and these days, there’s no street cred to talk about if you ain’t loud – not in speech but with colors. and what better way then to suit up with a pair of Nike JORDAN CP3.VI NITRO? drawing inspiration from the colorful culture of the LA’s street car racing and CP’s love of fast cars (and who doesn’t?), the Nike Jordan CP3.VI NITRO will be available in three bombastically striking nitro-inspired colorways and will be officially launch only in L.A. on October 21, with a SRP of $125 a pair. the three colorways: Atomic Green/Black/White/University Blue, Total Orange/Black/Stealth/Atomic Green, and Metallic Silver/Black/Court Purple/Lazer Purple colorways will be available nationwide, in the U.S., this November. for the uninitiated, the JORDAN is the sixth shoes in the CP3 franchise and CP’s lightest basketball shoe to date. it features a low-cut collar design, a hyperfuse construction on the upper for lightweight and breathability, strategically placed flex grooves on the outsole, a compression molded Phylon midsole, and Podulon technology in the forefoot for lightweight support and responsive cushioning. click past the jump for a few more look.