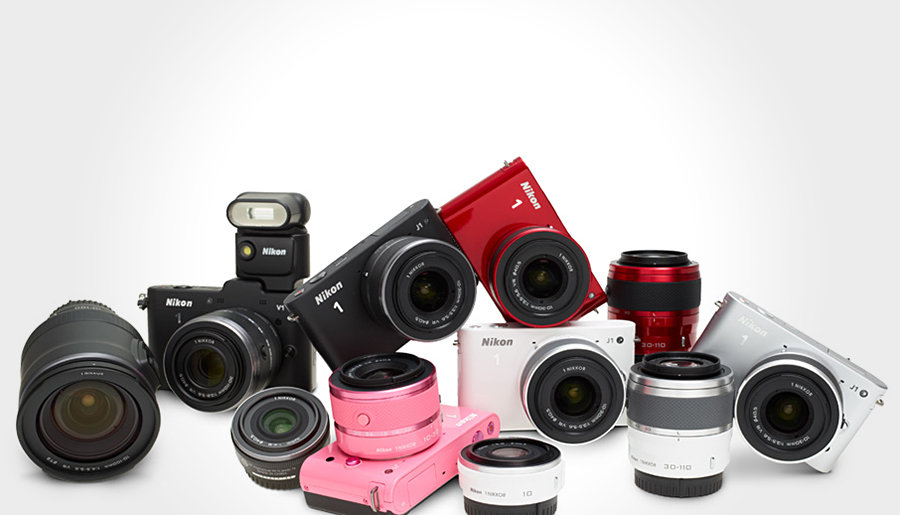 Nikon finally bends to the pressure of micro four thirds and announced its first series of mirrorless camera, dubbed simply as 1. two cameras, V1 and J1, were announced with both sporting near identical specs like 10.1-megapixels sensor with full HD 1080p (at 30 fps or 60fps for 1080i resolution) video recording capability, EXPEED image processor, HDMI/USB connectivity, and 3-inch LCD display. the Nikon J1 features a hybrid AF system that boast a 73-point of focus, NIKKOR lens system, and auto-noise reduction on video. the V1, on the other hand, features support for external flash, uses mechanical shutter, supports stereo microphone input – wrapped up in a somewhat minimalist magnesium alloy body. both cameras will hit the stores in North America from October 20 and both will come bundled with a 10-30mm lens. the Nikon 1 J1 carries a retail price of $649.95, while the high-spec-ed V1 will set you back at $899.95. buyer will have a choice of five colors for the J1, but only one color, that’s black, for the V1. a few more look of the J1 and V1 after the break.
[ad#Google Adsense-text-468×60]