Oh, so you think Leica isn’t expensive enough? How about a “$7 million” Nikon DSLR, like this example here called Nikon Z7 Louis Vuitton edition? This luxe pro-shooter has everything any luxe enthusiast photographer would have dreamed of, including soft albino buckskin adorned with Parisian fashion house’s signature monogram and a fair amount of 24K matte gold on it. It really is a dream device that had an amateur, non-DSLR using person like me swooning over it. 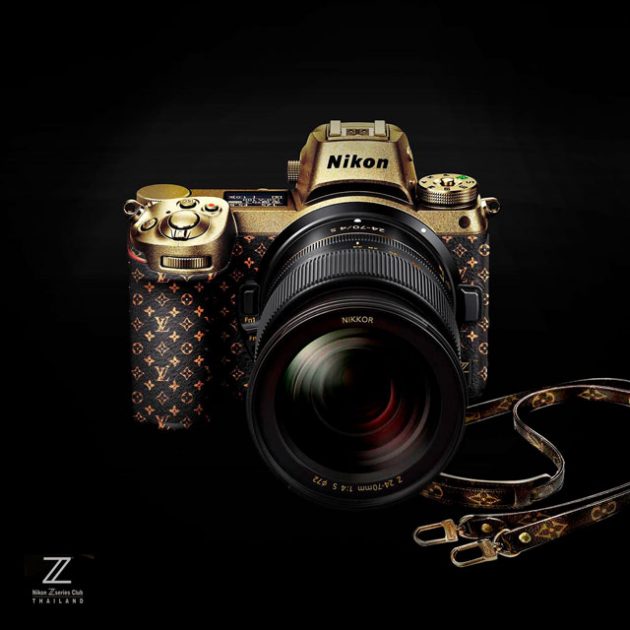 I am not particularly into lavish things, btw, but man, this device here is absolutely dope and yes, it “costs” a whopping $7 million, but here’s a major caveat: it isn’t real. Duh! It is merely a clever and superbly created Photoshopped image created by Thailand-based photographer Boonlert Rojanaboworn, the operator behind Nikon Club Thailand. Rojanaboworn created this super cool fake luxe Nikon as a joke for his community of camera enthusiasts. Sorry to disappoint.

Needless to say, it was a hit that was promptly picked up by Nikon Rumors.

Now, a LV co-branded Nikon may not a possibility, but it is not like there weren’t gold-treated Nikon before. Back in 1984, Nikon did released a 24K gold Nikon FA which saw 2,000 units being circulated and then there was a subtle gold-adorned Nikon Df in 2014 (which was sold for around $2,700 a pop), right after the maestro of luxifiying gadget, Brikk, unveiled a glided Lux Nikon Kit that costs tens of thousands. We don’t know how much Brikk’s Lux Df costs back then, but Brikk is still selling the luxe camera kit for an exorbitant sum of $57,995 at the time of this writing.