gilding phones, iPhones in particular, is not breaking news anymore. we have seen Gold Genie, Amosu, Brikk and the likes doing it, but doing the same thing to a DSLR is, well, news for now and that’s precisely what LA-based Brikk will be offering this October. the camera that gets the honor of being covered in 24k yellow gold is Nikon Df, which will be paired with a matching gold coated Nikkor 14-24 f2.8 lens. Brikk is referring them as Lux Nikon Df and Lux Nikkor 14-24 f2.8 lens, respectively. but of course. what else are they going to call it? gold Nikon Df? nah. that will be too ostentatious, which the gold treatment should have already spoken for. 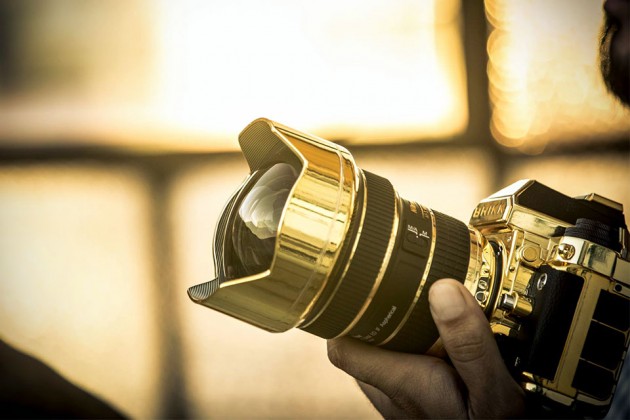 there isn’t a lot of info beyond that it will be wrapped in 24k yellow, but what else do you and i need to know? it’s in gold. period. which is good enough to tell everyone you are not just any photographer, but one’s that probably loaded with, possibly, gold. and oh, it is definitely not for the faint of heart. considering a stock, body-only Nikon Df already commands $2,750, we cannot imagine how much a gold treated version would cost. oh wait. according to Peta Pixel, whom had reached out to Brikk, the unofficial words were, it would cost around the region of 30 grand.

what? 30 grand for a Digital SLR? which means it’s time for Hasselblad to step aside cos’ this potentially five-figure shooter will make your five-figure actually worth the money, because it has something tangible to show: 24k yellow gold. unfortunately, we are lacking of good images, so you folks will have to make do and drool over what we have here. 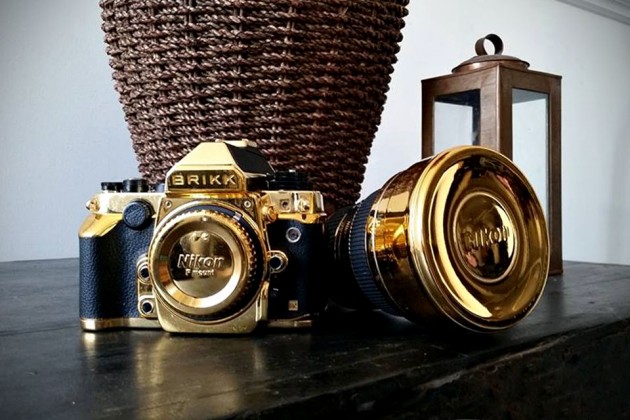