The overland SUV Nissan Truck asked fans help to “design” is finally ready. Nissan officially took the wrap off the final vehicle on Wednesday at Flagstaff, Arizona, U.S.A. ahead of its grand debut at the Overland Expo WEST this weekend. If you haven’t already heard, this SUV is unique in that some of its modifications and equipment specs are opinions from fans gathered through a poll carried out on @NissanUSATrucks Instagram and Facebook page. 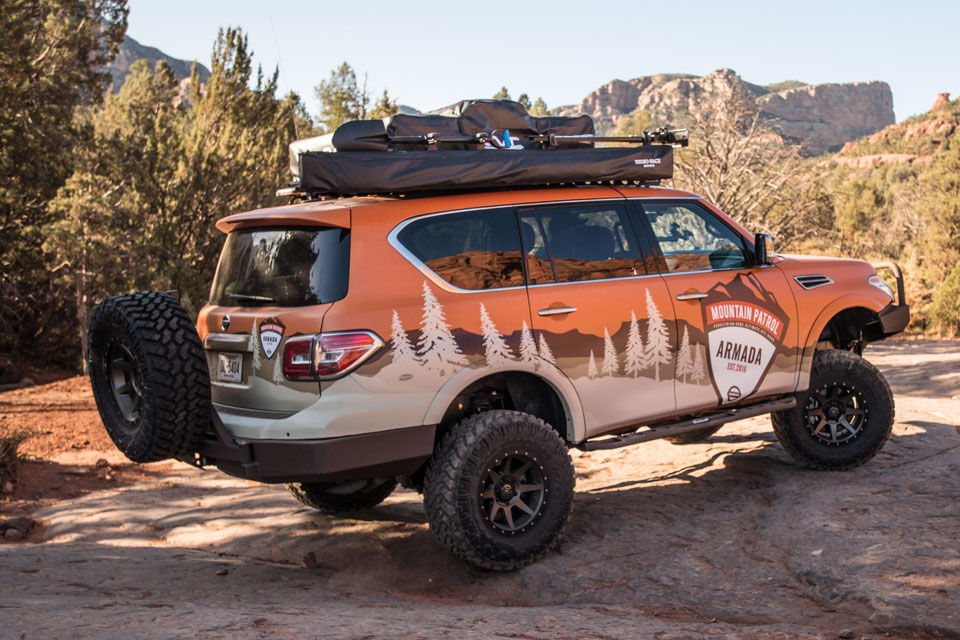 The vehicle, called Nissan Armada “Mountain Patrol” SUV, is modded with the aim of creating the ultimate overlanding family adventure full-size SUV. Based on a stock Nissan Armada, Nissan truck has given fans on social media the liberty to vote for the body wrap design, tire specs, roof-mounted tent and more. Beyond that, Nissan truck engineers have lent the 390HP 5.6L Endurance V8 motor-powered SUV with additional mods, including suspension, exhaust systems, vehicle protection, lighting, storage, as well as auxiliary recovery systems, to deal with the rigor demanded during an overlanding adventure. You can see the full-list of modifications done here: 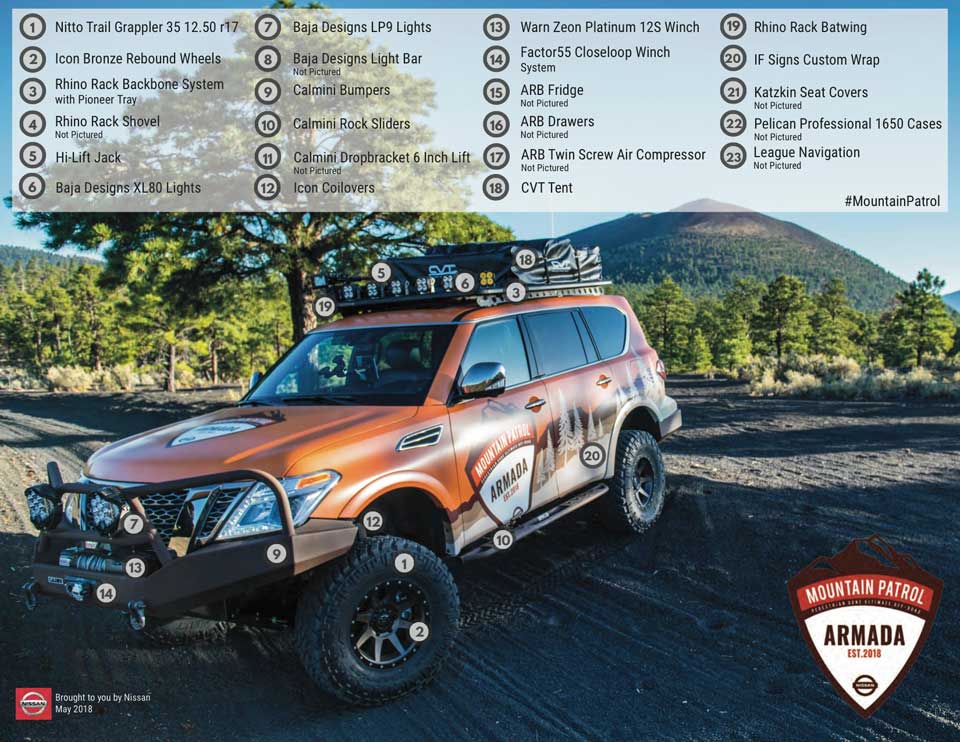 Also, the interior is also outfitted with Rugged Radios off-road radio system, as well as Otterbox Venture coolers. In addition to the Cascadia roof-mounted tent, Rhino Racks also supplied a custom awning, while Alps Mountaineering throws in an additional pop-up tent, sleeping bags and chairs to further boost the outdoor comfort. I am not going to lie. I wasn’t impressed with the visuals presented, but the actual product is actually quite awesome. 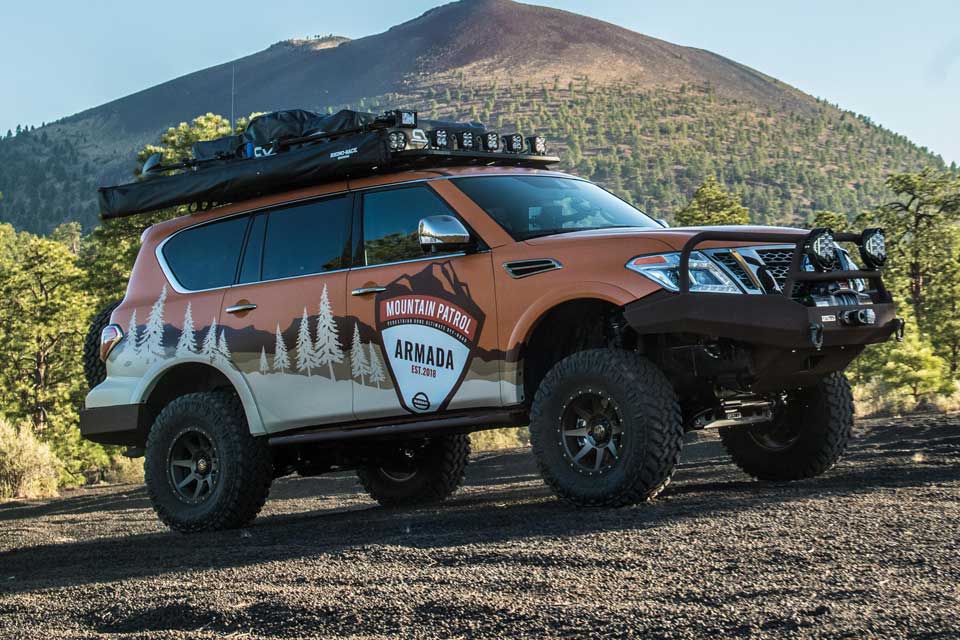 Nissan Armada “Mountain Patrol” SUV Project is Nissan’s second overlanding project to premier at Overland Expo WEST which will be held between May 18 and 20 at Fort Tuthill County Park in Flagstaff, Arizona, USA. Keep going for a Facebook video recorded live from the unveiling on Wednesday. You may want to jump straight to 6:05 for the main event if you wish to skip the rather lengthy introduction. 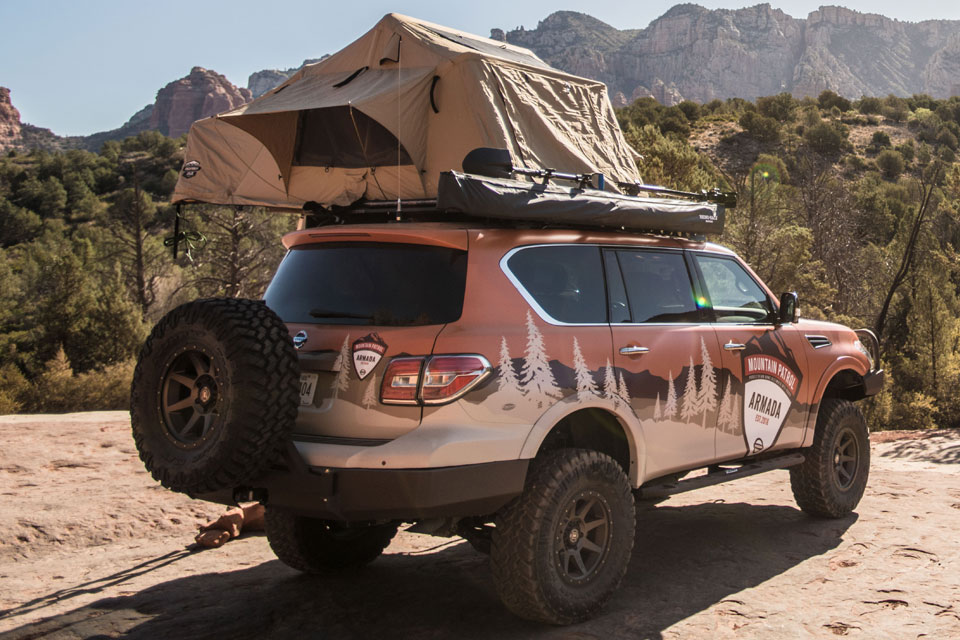