Have you ever seen the infamous bounty hunter, Boba Fett, flick his wrist to check the time? No. He probably don’t even have a watch. Then how the hell did he keep to his schedule? Question, question, question. I guess we will never know and it probably doesn’t matter, but to you, his loyal fan, you need to tell time in this real world, and what better way then to do it with a digital timepiece (digital for the sci-fi touch, I guess?) decorated with a design inspired by one of the galaxy’s most feared bounty hunters, Nixon The Unit Boba Fett – Limited Reissue Wrist Watch? 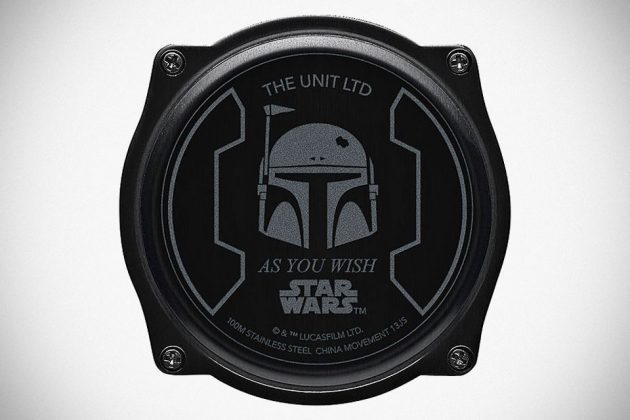 Hmmm, I wonder why Jango did not get as much love as his “son”? Anyways, that’s just me thinking out loud. But clearly, Boba is the one who has a cult following. Why? I don’t know. Maybe mercenary is cool? Or maybe fans just love characters who don’t talk as much? Nah, I think it is Boba Fett’s armor that made him one of the coolest characters in the Star Wars universe. Anyways, as you may have expected, Nixon The Unit Boba Fett Limited Reissue bears the colors of Boba’s armor, while featuring knurled pusher, Mandalorian insignia on the side, and the phrase “As you wish” inscribed on the caseback, along with an image Boba Fett’s Helmet and Star Wars logo. 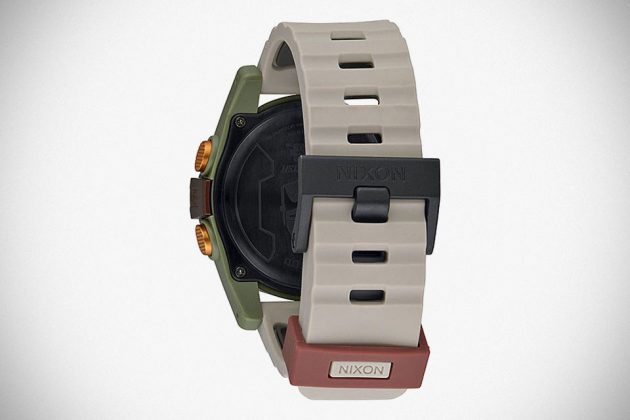 The only thing it lacks are the “battle scars,” you know, the wear and tear that decorated his armor like badges of honor. Of course, this watch doesn’t have those, else you wouldn’t be interested? Besides, if you go around bounty hunt like Boba did, I am sure soon you will get those “battle scars” on it. However, at $174.99 a pop, it is not exactly something you would love to have scars on it, do you? I guess it would “This watch is no good to me if scratched?” Or something like that… 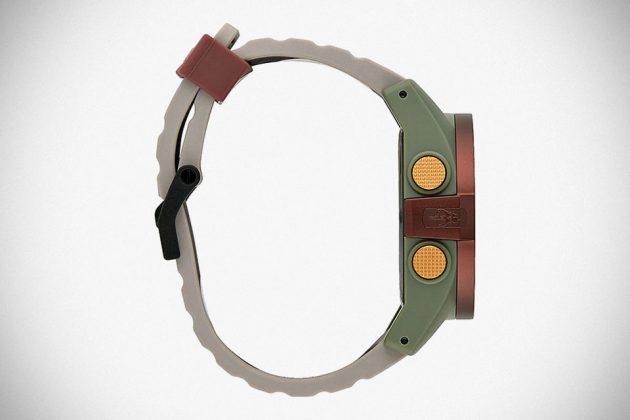